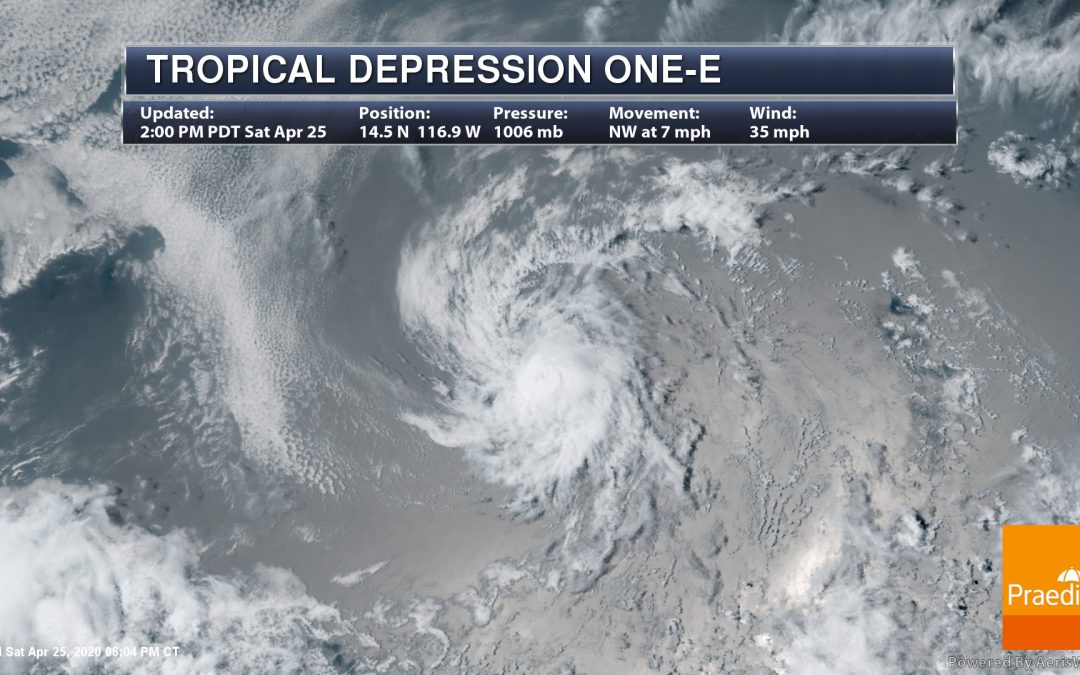 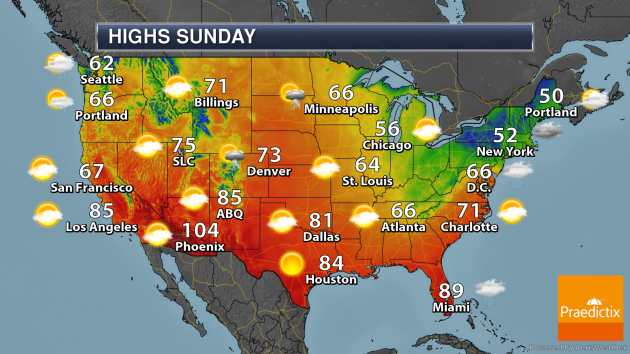 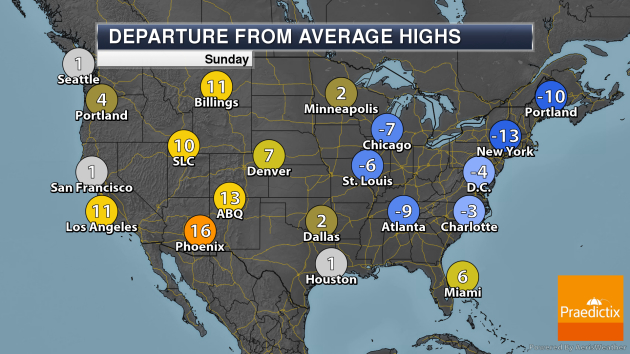 As we go into Sunday, a system moving through the Mid-Atlantic will produce showers and storms from the Ohio Valley and Mid-Atlantic into the Northeast, with some snow by the evening in the higher elevations of New England. A few areas of showers and storms will be possible in the central United States, especially in the afternoon and evening hours. We’ll also be watching a new system approaching the Pacific Northwest, bringing a round of rain and higher elevation snow. 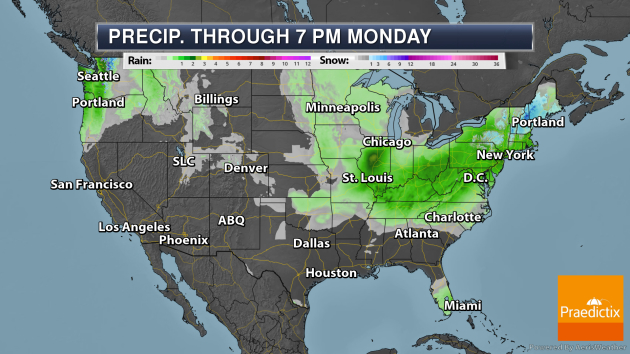 As we look at precipitation over the next couple of days, we could see at least 2″+ of rain across portions of Illinois, mainly through the weekend. Some areas of snow will be possible, with up to a foot possible across portions of New Hampshire and Maine, and several feet possible in portions of the Cascades. 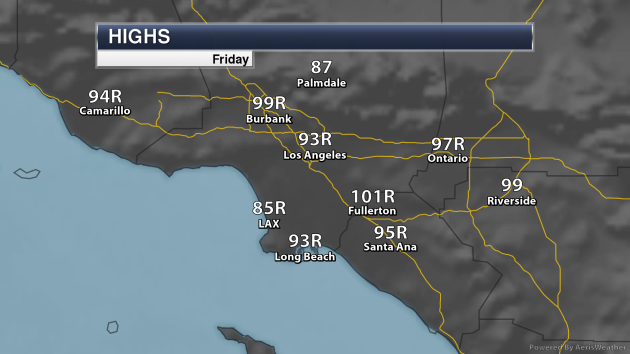 As we take a closer look at the heat in the Southwest, numerous records were set in the Los Angeles area on Friday, including a high of 93F in downtown Los Angeles and 101F in Fullerton. 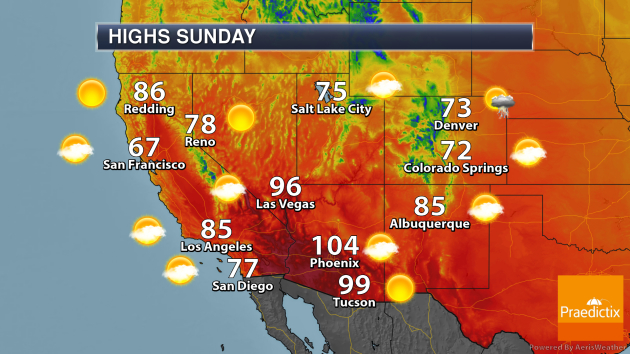 The heat has continued Saturday across the Southwest and will into Sunday as well with a high of 104F expected in Phoenix and approaching the century mark in Tucson. Even along the Las Vegas Strip highs will climb into the mid-90s. 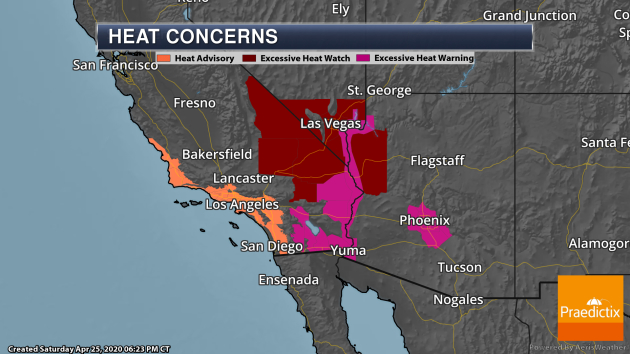 The heat will continue into the workweek as well. As of Saturday: 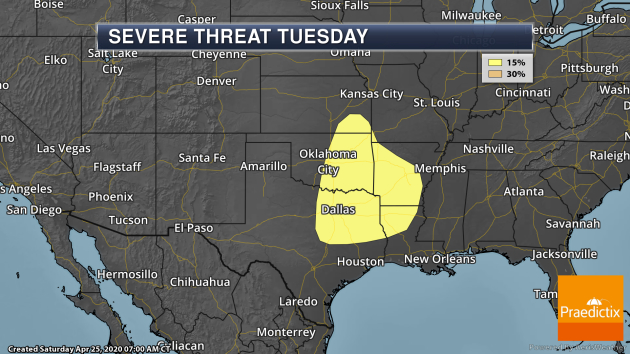 As a system moves through the central United States Tuesday, severe storms will be possible across the Southern Plains. It does appear all modes of severe weather will be possible. 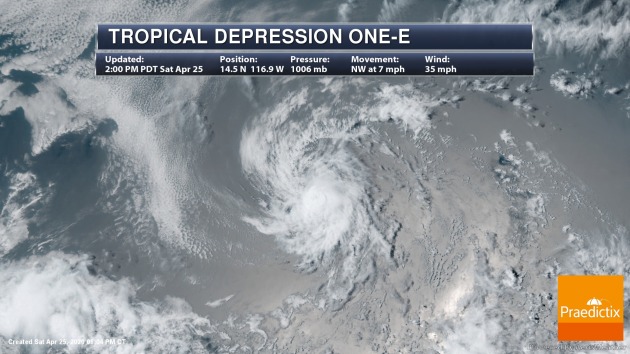 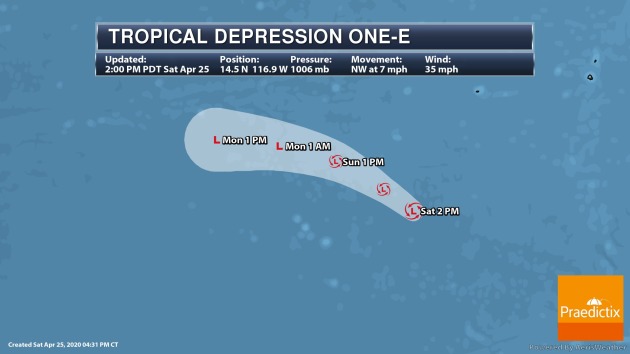 North Pole may be clear water by mid-century

More from Climate News Network: “Within three decades, the North Pole could be free of sea ice in the late summer. The latest and most advanced climate simulations, tested by 21 research institutes from around the world, predict that if humans go on emitting ever-greater volumes of carbon dioxide from fossil fuel combustion and other actions, then before 2050, for the first time in human history, there could be no ice over the North Pole.”

More from Phys.org: “A new study published in Nature Communications by scientists at WCS, the University of California, Berkeley, and the United States Forest Service shows that nearly 60 percent of all mountainous area is under intense human pressure. Most of the pressure is at low elevations and mountain bases, which tend to be easier places for people to live, grow food, and build roads. The scientists then used climate models to make predictions about how species would move under climate change. Based on their predictions, they found that species tend to move to higher elevations, and that these higher elevations tend to have more intact land for species because there is less human pressure.”

Oil Slump May No Longer Be a Curse for Renewable Energy

More from Bloomberg: “There’s always been tension between calls for Big Oil to tackle climate change and their investors’ doubts about the profitability of spending on renewables. Historically, a plunge in crude prices has tended to undercut costlier clean energy, prompting companies to divert dwindling financial resources into their core business of fossil fuels. What’s different this time is that the cost of renewables and natural gas has broken away from oil, weakening crude’s influence on the price of electricity. While the coronavirus has destroyed demand for oil and transport fuels, power use has dropped less sharply. And importantly, energy companies are now painfully aware of the mounting pressure from consumers — and investors — to clean up their output, rein in emissions and prepare for a future beyond oil.”