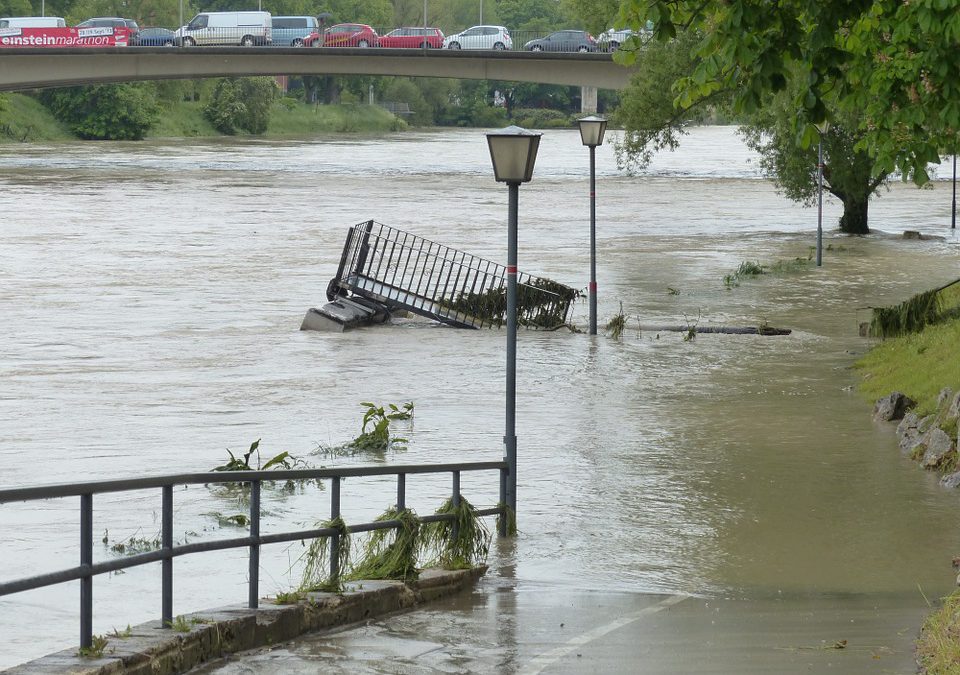 All eyes are on the south this morning as Tropical Storm Bill gets closer to landfall along the Texas coastline. Flooding rains are the biggest concern over the next 48-72 hours with this storm as it tracks over parts of Texas and Oklahoma before the low pressure center moves toward the Ohio Valley. Coastal flooding is also a concern this morning as Bill heads toward landfall, with reports already of flooding on Tiki Island and a foot of water covering roads south of Matagorda.

As of 11 AM ET, Bill hadn’t made landfall yet along the Texas coastline, but was expected to quickly do so. Bill had winds of 60 mph and was located about 15 miles south of Port O’Connor, TX. Tropical storm warnings were in effect from Baffin Bay to High Island, TX.

By this evening, Bill should be far inland in Texas, with the center of circulation already near the Austin area. Heavy rains will be likely from Dallas to Houston and Corpus Christi along with occasional strong wind gusts.

By Wednesday morning, the circulation center of Bill will be near the Dallas metroplex, but heavy rains are still expected across eastern Texas up into portions of Oklahoma.

We’ll be watching the remnants of Bill continue to move northeast throughout the day Wednesday and into Thursday, with heavy rain expected from the leftovers of the system from mid-Mississippi Valley into the Ohio Valley by Thursday morning.

Heavy rain is the biggest concern from Bill over the next few days. Numerous areas across eastern Texas into Ozarks can expect at least 3-6″ of rain over the next three days. Some areas along and east of I-35 in Texas and Oklahoma could easily see 9″ or more of rain by the time Bill finally moves north and east of the area.

You may remember that numerous areas across the south saw record rainfall during the month of May, leading to numerous reports of flooding. Unfortunately, the ground is still waterlogged in many of these areas, so additional rainfall will likely lead to more flooding as we go throughout the next few days. Earlier this morning Houston was already under a flood advisory for a time as 1″+ had fallen within a hour time frame, with additional rain expected.

The path of Bill is quite easy to pick out on the national five day rainfall map – riding along an area of high pressure across the southeast. Four inches or more of rain is expected from parts of the south through the Ozarks and into the Ohio Valley.

Not only are we watching the flooding potential, but a severe threat as well across portions of Texas. A Slight Risk of severe weather has been placed over parts of southeast Texas, including the Houston area. The main threat in this area would be tornadoes, as is a threat with any landfalling tropical system.