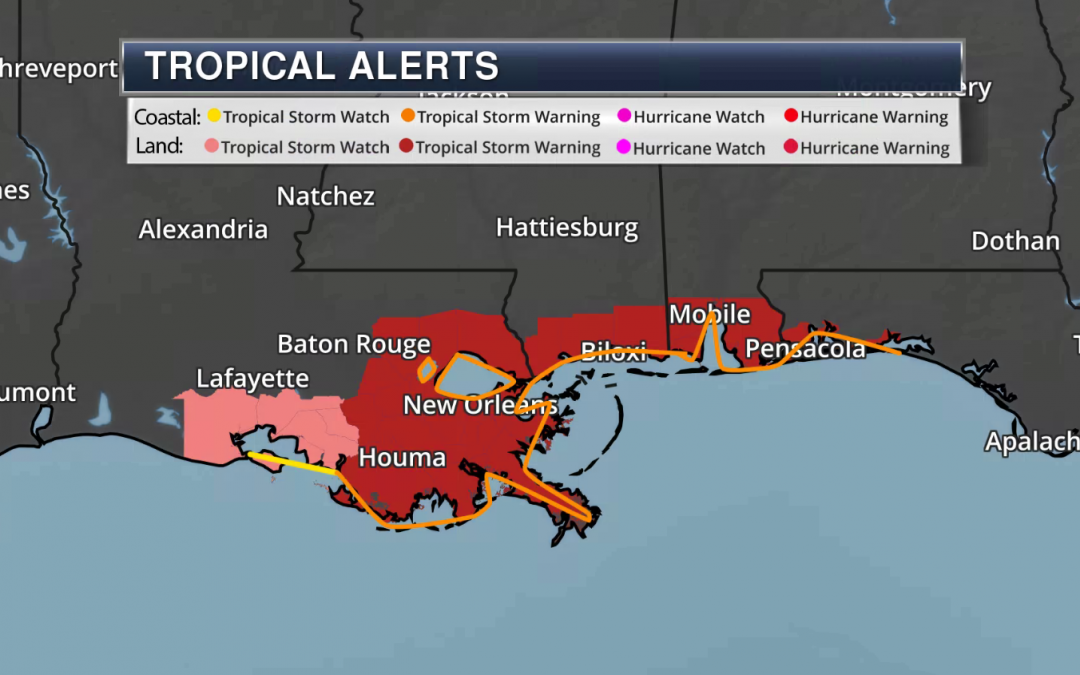 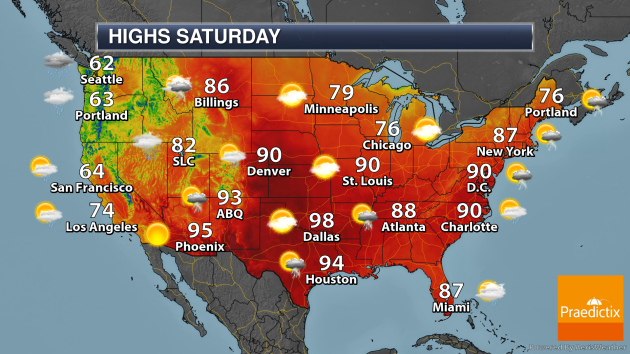 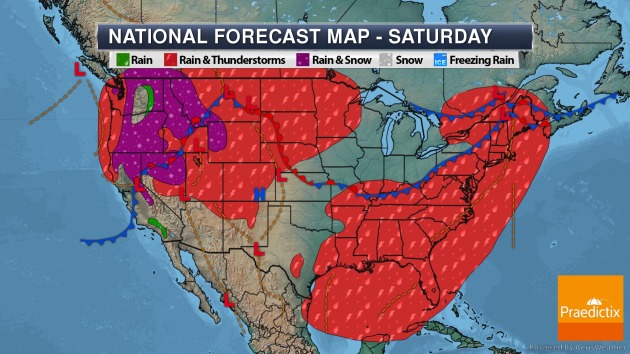 On Saturday, a good portion of the eastern and southeastern United States will have to watch the chance of some showers and thunderstorms as tropical moisture continues to be in place near the Gulf Coast and a cold front works its way across the Northeast and Ohio Valley. Showers and storms will also be possible from the Northwest to the Northern Plains, and some areas of the Northwest will have to contend with rain and (gasp) snow showers. 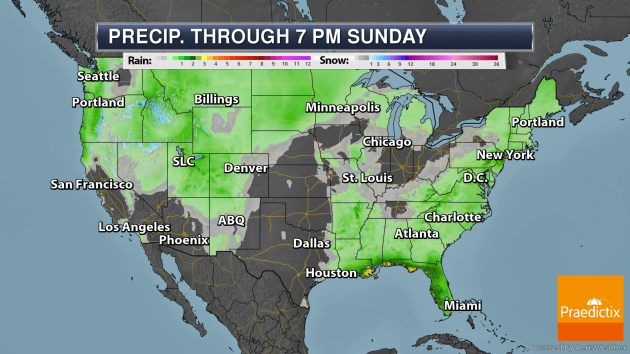 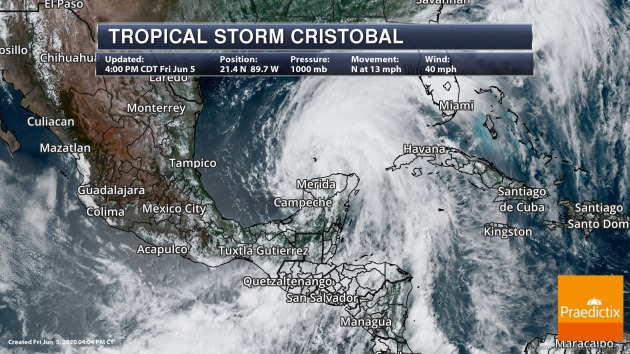 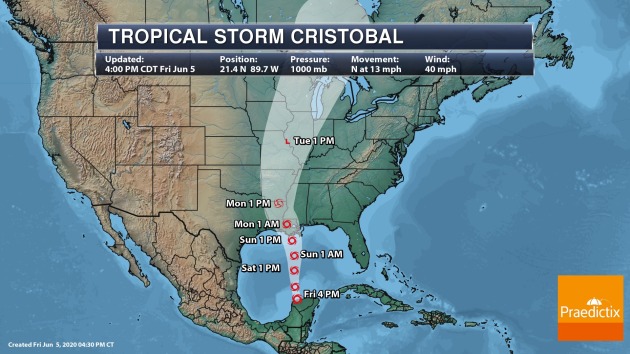 Cristobal restrengthened into a tropical storm Friday and will continue moving north across the Gulf of Mexico over the next couple of days. This system is expected to make landfall along the northern Gulf Coast Sunday night as a strong tropical storm. 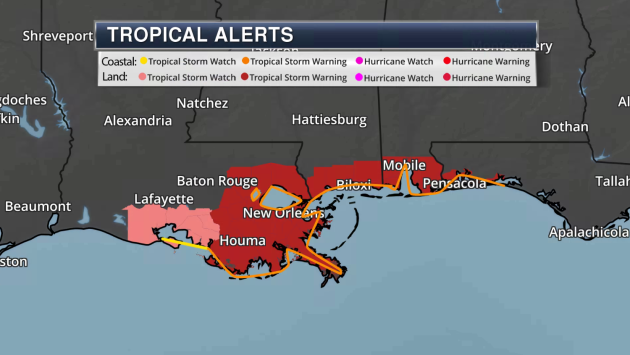 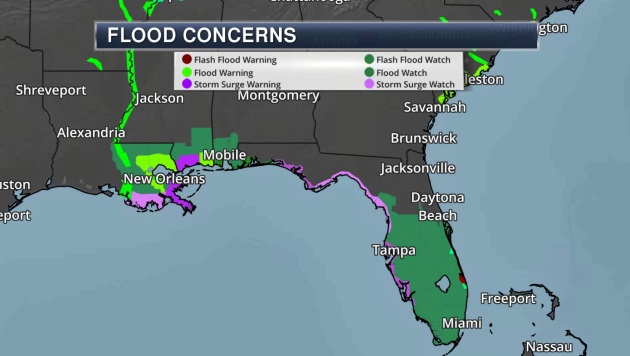 Ahead of Cristobal, Tropical Storm and Storm Surge Watches and Warnings are in place along the Gulf Coast. A storm surge of 3-5 feet will be possible from the mouth of the Mississippi River to Ocean Springs, MS, including Lake Borgne. Some Flood Watches are also in place. Some areas of the Gulf Coast and lower Mississippi Valley could see upwards of 12″ of rain through Wednesday.
_______________________________________________
Earth has hottest May on record, with 2020 on track to be one of the top 10 warmest years
More from CNBC: “The Earth had its hottest May ever last month, continuing an unrelenting climate change trend as 2020 is set to be among the hottest 10 years ever, scientists with the Copernicus Climate Change Service announced on Friday. It’s virtually certain that this year will be among the top hottest years in recorded history with a higher than 98% likelihood it will rank in the top five, according to the National Oceanic and Atmospheric Administration. “The last month has been the warmest May on record globally and this is unquestionably an alarming sign,” said Freja Vamborg, a scientist at Copernicus Climate Change Service, an intergovernmental agency that supports European climate policy.“
Met Office: Why 2020 saw a record-breaking dry and sunny spring across the UK
More from CarbonBrief: “As the UK officially enters meteorological summer (June to August), it offers a chance to look back at a remarkable, record-breaking spring. The sunny weather of the past three months has grabbed the headlines, with March-to-May clocking in as the sunniest spring and May being the sunniest calendar month on record. However, while many have enjoyed the fine weather, the season was also exceptionally dry.  May 2020 ranks as the driest May on record for England and the second driest for Wales. This comes in stark contrast to the extreme rainfall observed through the winter – including the UK’s wettest February on record.“
Siberia dries out as forests burn and climate heats
More from Climate News Network: “Residents of the small Arctic town of Khatanga have never experienced anything like it: their home is changing at a gallop as Siberia dries out. Khatanga – population around 3,500 – is well north of the Arctic Circle, with usual daytime temperatures at this time of year hovering round a chilly 0°C. On 22 May the temperature in the town reached 25°C – more than double the record to date. Global warming is causing profound change across the Arctic, a region which acts like a giant air conditioning system regulating the Earth’s climate.“