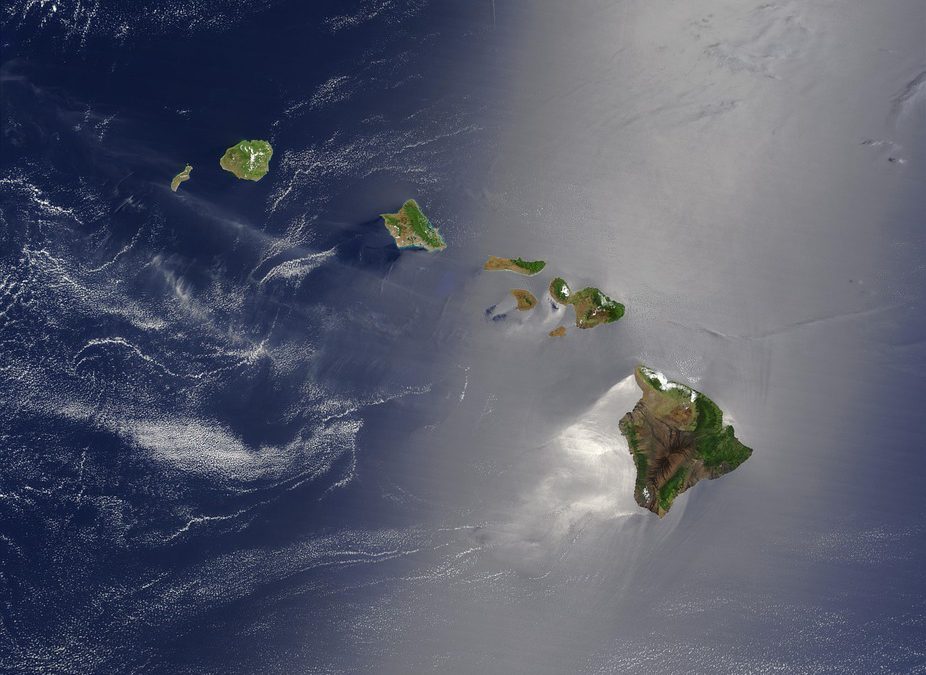 Guillermo Forecast Path as of 11 AM ET Tuesday

We’re tracking another tropical threat to the Aloha State as Tropical Storm Guillermo continues to move to the northeast. This isn’t the first time a tropical system has threatened Hawaii this year – Tropical Storm Ela passed north of the islands in July. The good news is that it appears the path of the storm will keep the main part of the system north of the Hawaiian Islands. Gradual weakening is expected to continue with this system over the next few days due to increasing wind shear. However, just because it appears to pass north of the islands doesn’t mean we won’t see impacts from the system over the next few days.

Watches, Warnings and Advisories over Hawaii as of 12:35 PM ET Tuesday.

Already Tropical Storm Watches have been issued for the islands of Molokai, Lanai, Kahoolawe, Maui and the Big Island of Hawaii. The main reason that watches have been put into effect is for the potential of wiggle in the path of Guillermo. Any deviation to the left of the current projected path would have the potential to bring tropical storm conditions to the island.

However, no matter what the eventual path, there are two impacts that the islands will feel from Guillermo: rain and high surf.

Potential Rain: Currently we are looking at 1-3″ through Thursday in some areas, with the potential of seven inches at higher elevations. Overall totals will depend on the eventual path and strength of the system as it passes by the islands.

High Surf: Guillermo has generated an east swell, causing higher surf along the eastern part of the Big Island. High Surf Advisories are in place for these areas through this evening. Surf of five to eight feet are possible until the surf declines this evening as Guillermo moves off to the north and east. Rip currents are also likely.

According to NOAA’s Historical Hurricane Tracker, 28 storms have passed within 200 statue miles of the Big Island of Hawaii from 1950-2013. And there’s the chance that this won’t be the last time we mention tropical systems and Hawaii in the same sentence this year as well, as NOAA is expecting an above-average Central Pacific tropical season due to El Nino.