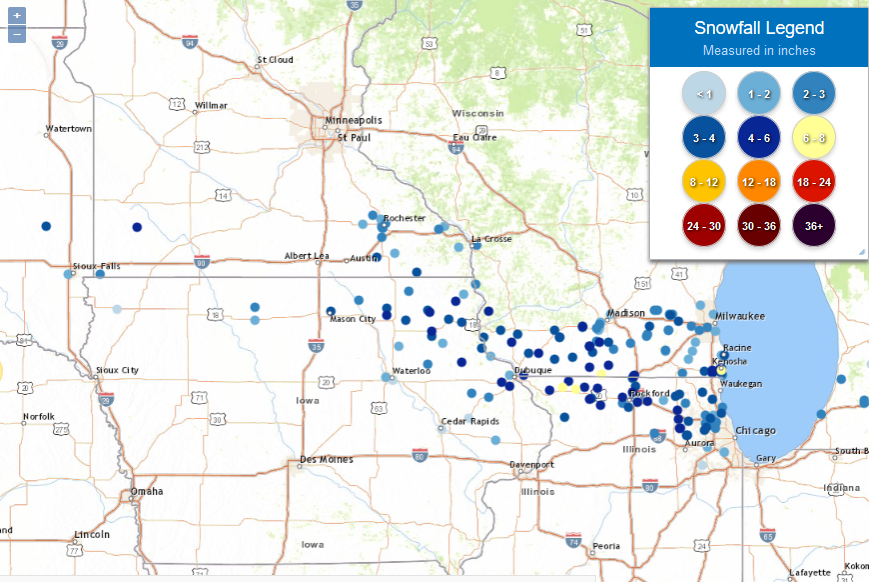 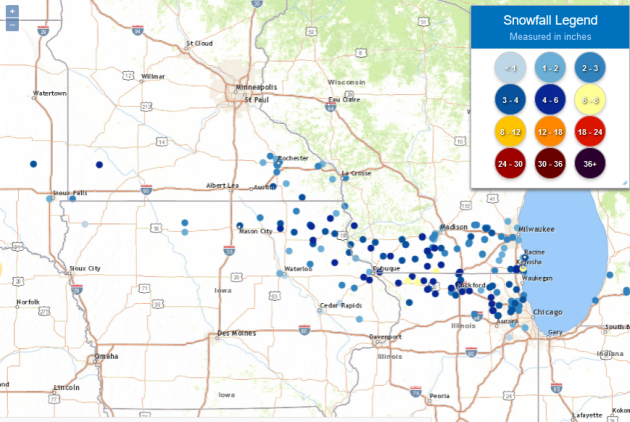 A late-season snow fell from South Dakota across parts of the Great Lakes Saturday, with some areas picking up at least a couple inches of snow. The highest snow total in the Upper Midwest was reported in Lena, IL, where 7″ of snow fell. 6″ of snow was reported in Kenosha, WI, Oakley, WI, and Stockton, IL. 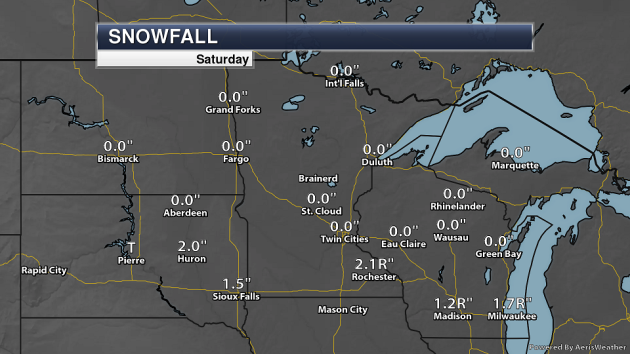 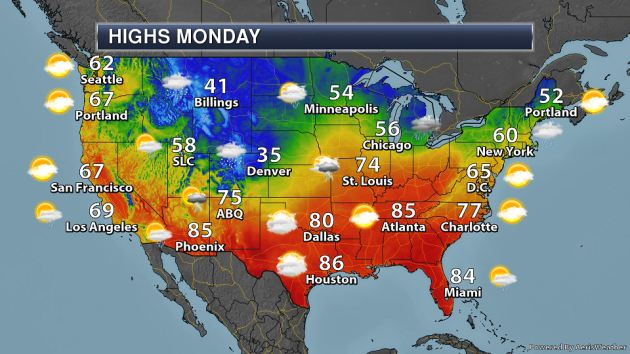 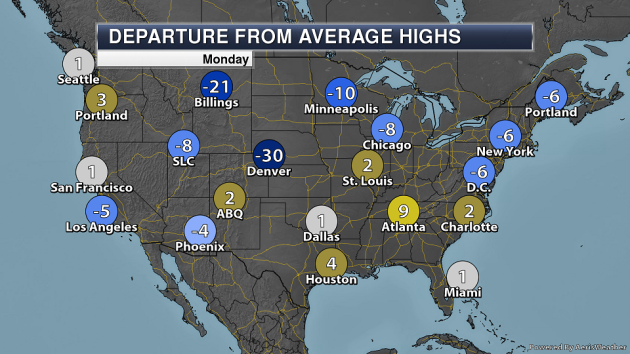 On Monday, a system moving through the central United States will help spread rain (and a few storms) from the Four Corners region to the Northeast. Some snow will be possible in parts of the Northern and Central Rockies, as well as across northern Minnesota. 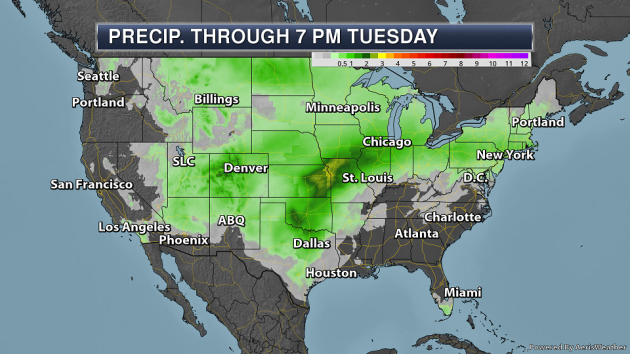 Through Tuesday evening, a widespread 1-3″ of rain is expected from parts of the Southern Plains toward Chicago. Right now some of the heaviest rain is possible in parts of eastern Kansas and northern Missouri. 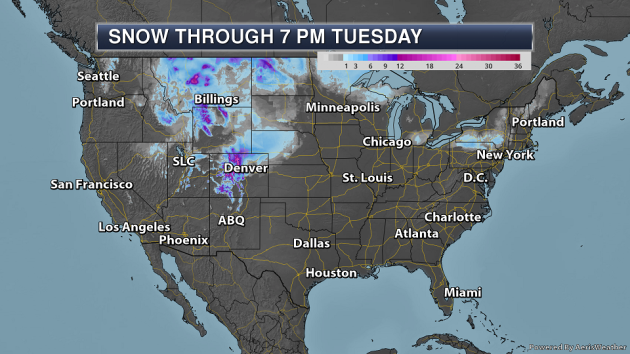 Heavy snow is likely to fall across parts of the Rockies to begin the week, with over 3 feet of snow possible at higher elevations in Colorado.

More from Earther: “A year and a half ago, in the middle of the Antarctic winter, satellite images of the frozen continent revealed something wild: a gaping hole in the middle of Antartica’s sea ice that spanned thousands of square miles. Scientists were fascinated and puzzled by feature, which hadn’t appeared at this scale since the 1970s. Now, a team of researchers think they know what caused it. The ice hole—known as a polynya in the parlance of sea ice researchers—was likely caused by a powerful cyclone that spun up in Antarctica’s Weddell sea in mid-September 2017, according to research published Wednesday in the Journal of Geophysical Research: Atmospheres. In an age of human-caused climate change, that’s a valuable insight, because rising temperatures could alter the frequency or intensity of polar cyclones, potentially affecting the occurrence of these polynyas and, in turn, global ocean circulation. When the polynya was first spotted in mid-September, it spanned about 3,700 square miles—more than twice the area of Rhode Island. It would balloon in size over the weeks to come, reaching 31,000 square miles (roughly the size of Ireland) by late October before it merged with the open ocean as Antarctic sea ice retreated with the onset of summer.”

More from U.S. News and World Report: “PEOPLE EATING AT California restaurants may notice a new fee on their bill – a small surcharge to support efforts to fight climate change. Restaurants across the state can choose to opt in to add a 1% charge on diners’ bill to help support the Restore California Renewable Restaurant program. According to the program, the fee will go into California’s Healthy Soil Carbon Fund. It will also help pay farmers $10 per ton of carbon removed from the atmosphere to help them transition to renewable farming practices.”

Climate change’s deadliest effects are unfolding under the sea

More from Grist: “Think of the dangers climate change poses to animals, and you’ll likely picture skinny polar bears or cliff-diving walruses (collective sob). But it turns out that our overheating planet is actually wreaking the most havoc on creatures out of our sight: marine life. Sea animals like crabs, lobster, and fish are dying off at twice the rate of land animals, according to a study published in Nature on Wednesday. The researchers looked at more than 400 cold-blooded animals on land and sea, including lizards, dragonflies, lobsters, and mussels. They found that creatures that people rely on for food (fish, mollusks, shellfish) are among the most vulnerable, especially in the developing world, where many rely on them for a regular protein source.”