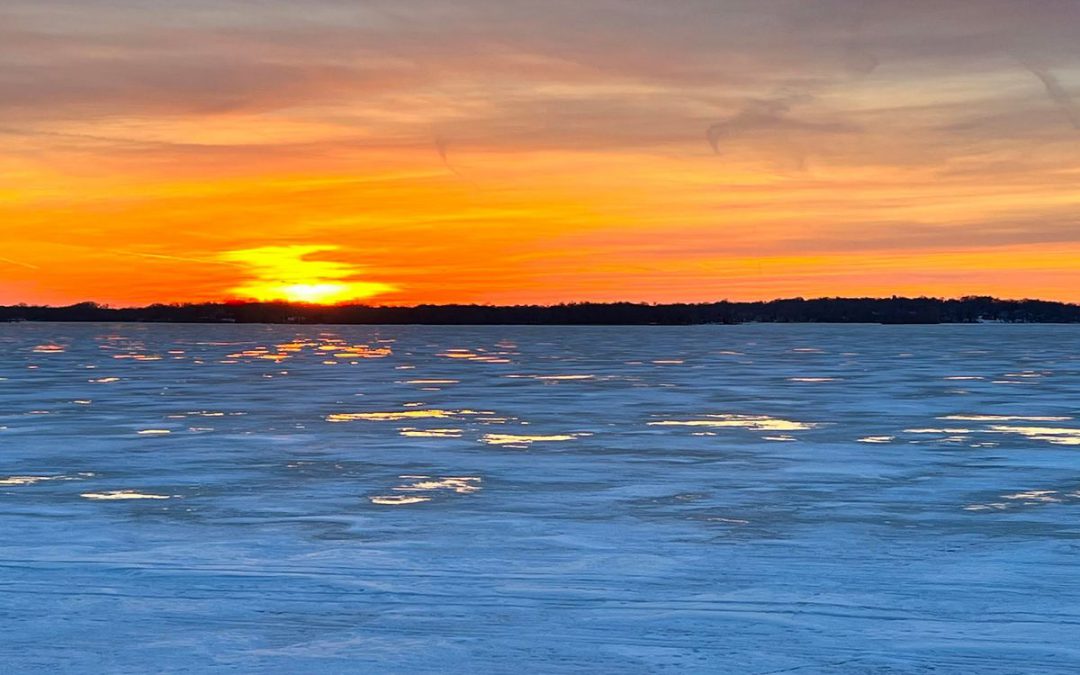 In case anyone asks, the last time the mercury hit 60 degrees in the metro was November 7, 2021. The high was 62F that day in the Twin Cities. There is a slight chance of 60F later today, a better chance of 60F Sunday – and the beloved European model is hinting at upper 60s one week from tomorrow. Like turning on a light switch. Welcome to spring.

We should not be too surprised. We’ve picked up 3 hours and 10 minutes of additional daylight since the Winter Solstice on December 21. The sun is as high in the sky today as it was on September 26. After an interminably long parade of numbing clippers in February, we’ve finally turned a big meteorological corner. A stormy western USA in coming weeks should mean warmer than normal temperatures for Minnesota. NOAA’s suite of long- range climate models show a warm bias into June as a La Nina cool phase in the Pacific Ocean becomes “ENSO Neutral”.

Implications for our nagging drought? No idea. All I know is Minnesota’s weather will be mercifully quiet into next week.

Snowfall Surplus for Much of Minnesota. Except for far southern counties and Wisconsin is running quite a snowfall deficit as well. A family of clippers followed by lake effect snow squalls has dropped 176” on Marquette, Michigan. Wow.

March Meltdown. Temperatures run 10-20F above average (for a change) into much of next week, with the best chance of 60 degrees Sunday. The pattern won’t favor big storms anytime soon, just a few rain showers popping up on Monday. A remarkably quiet pattern for mid-March.

Under the (Pacific) Influence. GFS is consistently predicting a zonal (west to east) wind flow aloft for much of the latter half of March, hinting at warmer than normal temperatures for the next few weeks – potentially with more rain than snow.

Mild Bias Into June? As La Nina fades into an “ENSO Neutral” phase (no cooling or warming of the equatorial Pacific) temperatures are forecast to trend warmer than average from April into June by most (but not all) climate models. Place your bets.

March Snow Facts. Axios Twin Cities reminded me that 3 of the Twin Cities’ Top 10 Snowfalls occurred in March. It’s a bit premature to retire the snow shovel for the season.

Scientists in the U.S. are Flying Planes Into Clouds to Make It Snow More. When in a drought…call out the “rain-makers”. CNN has the story: “With 61% of the contiguous US in drought, wouldn’t it be nice if we could just “make it rain” or just “make more snow?” Well, certain parts of the country are doing just that, sort of. It’s called cloud seeding, and it’s nothing new. It’s been around since the 1940s and countries all over the world have been doing it for various reasons (most notably China), but it’s a growing practice in the US, especially in the drought-stricken West. It’s also surrounded with controversy. We spoke with Julie Gondzar who is the program manager for Wyoming’s Weather Modification Program, who admits she gets lots of calls about what they are doing. Gondzar said some people say “you’re playing God,” others say “you are stealing moisture from the storm,” making other areas drier than they normally would be, kind of like robbing Peter to pay Paul…”

How a Hurricane Fueled Wildfires in the Florida Panhandle. I was just on the Florida Panhandle and saw this for myself: mile after mile of flattened trees, leftover from Hurricane Michael in 2018. The Apopka Voice connects the voice and explains how that Category 5 storm set the stage for a rash of wildfires taking place in recent weeks: “…March is early for large fires in this part of Florida. We’re not in extreme drought, but the weather has been warm and dry, and this area has a lot of fuel on the ground that can burn. When Hurricane Michael rolled through, it had a catastrophic impact on timber in the region. The hurricane dropped most of the standing trees into a jumbled mess that piled up on the ground. Typically, a forest’s fuel load – the total mass of burnable stuff on a site – is less than 10 tons per acre. After Hurricane Michael, surveys found over 100 tons per acre in parts of the Panhandle. That’s off the charts. Everyone involved saw this storm had tremendous potential to affect wildfire activity for years to come...”

Communities of Color See Spike in Flood-Related Illness After Hurricanes. Yale E360 has a good summary; here’s an excerpt: “In the wake of 2016’s Hurricane Matthew and 2018’s Hurricane Florence, North Carolina emergency rooms saw a spike in visits for diarrhea, vomiting, and nausea, with the largest uptick among older Black and Native American patients, according to a new study. “The issues we saw in terms of difference by race and ethnicity were concerning,” Arbor Quist, lead author of the study and a postdoc at the University of Southern California, told Inside Climate News. “We saw a larger increase amongst Black and American Indian patients, populations that have historically been pushed to less desirable, flood-prone land.” Researchers compared data on emergency room visits across North Carolina with maps of flooding, finding that reports of gastrointestinal complications surged in areas inundated by hurricanes...”

Hurricanes Keep Killing Long After Landfall: Climate Nexus has more perspective, headlines and links: “New research is examining fuller perspectives on the lethality of hurricanes and tropical cyclones and revealing disproportionate harm upon women and people of color. Death rates in areas hit by tropical cyclones are as much as 33% higher in the months following storms, a study published Tuesday in the Journal of the American Medical Association found, with women at a greater risk of injury and death than men within one month of a hurricane. Research published in Science of the Total Environment last month also found an 11% increase in eastern North Carolina emergency room admissions for gastrointestinal illnesses during and after Hurricanes Matthew and Florence in 2016 and 2018. Black and American Indian populations saw the biggest increases, reflecting how those groups “have historically been pushed to less desirable, flood-prone land,” lead author Arbor Quist told Inside Climate News. Heavy rain from storms can flood industrial facilities like hog wastelagoons and coal ash ponds, both of which are common in the region replete with examples of environmental racism.” (JAMA: The Hill, USA Today; North Carolina: Inside Climate News, Yale Environment 360; Climate Signals background: Hurricane Matthew, Hurricane Florence).

March 16, 1930: The temperature at the Minneapolis-St. Paul International Airport tops out at a record 71 degrees. 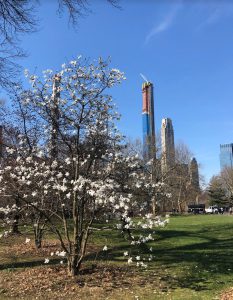 How New York City is Preparing for Expected Rising Sea Levels from Climate Change. ABC News has a summary; here’s a clip: “…Based on historical data, sea levels rose by one foot in the last century. The latest NOAA report reveals the same rate could impact coastal areas around the U.S. in less than three decades…The $1.45 billion project, which began in fall 2020 and is set to be completed by 2025, will create a 2.4-mile “flood protection system” consisting of floodwalls and floodgates, as well as elevate parts of the region by up to 9 feet, to keep the storm surge out of the neighborhood. Sewer infrastructure will also be remodeled and updated to handle more water in coming years. The project estimates more than 110,000 people will be impacted, of which about a quarter live in low-income or public housing…”

NFIP, Still Underwater, Paid Out $2.2 Billion In 2021: Climate Nexus has headlines and links: “The National Flood insurance Program paid out nearly $2.2 billion in claims in 2021, E&E reports. The eighth-largest claims year in the program’s 53-year history was driven almost entirely by the $2 billion of insured damages caused by Hurricane Ida in Louisiana, New York, and New Jersey. Numerous climate impacts — including rising sea levels, faster snow and ice melt, and increasing extreme precipitation events, total precipitation, and storm surge — fuel increasing U.S. flooding risks. The funds disbursed by the NFIP only cover a portion of the total damage wrought by flooding. The floods that killed 20 people in Tennessee last August destroyed their home and much of their hometown of Waverly, and unaffordable premiums force families like Gretchen Turner’s into impossible decisions of whether to rebuild their homes or leave. “None of my neighbors had flood insurance. We weren’t in the flood plain. It wasn’t required,” Turner told NPR. “And if we could have gotten it, it was going to be around $600 a month.” Recent efforts to increase flood insurance premiums to more accurately reflect flood risks notwithstanding, the NFIP owes more than more than $20 billion to federal taxpayers for claims payments beyond its premium revenue.” (E&E $; Tenn. Family: NPR; Climate signals background: Flooding, Extreme precipitation increase, Total precipitation increase, Snow and ice melt, Storm surge)

Australian Court Overturns Teenagers’ Landmark Climate Ruling. CNN.com has the post: “The Australian government has successfully appealed a court ruling that ordered the federal environment minister to consider the impact of carbon emissions on children when approving new coal mining projects. The full bench of the Federal Court handed down its unanimous ruling Tuesday, saying the duty of care should not be imposed on Environment Minister Sussan Ley, with the three judges offering multiple reasons for their decision. Chief Justice James Allsop said liability should not be imposed, partly because the minister’s lack of control over the harm caused by climate change by her decisions greatly exceeded the “tiny contribution to the overall risk of damage from climate change” from those decisions…”

Green Groups Say Gas Crisis Makes Transition to Renewables Even More Urgent. A post at TheHill caught my eye; here is the intro: “Environmentalist groups and Democrats see the recent ban on imports of Russian oil and the ban’s effects on American gas prices as a further incentive to accelerate development of renewable energy. The ban came the same week average gas prices in the U.S. hit a record high, and although the U.S. only imports a fraction of oil from Russia, during his speech announcing the ban, President Biden acknowledged the move would likely lead to even higher prices. Republicans and the fossil fuel industry have said the crisis demonstrates the need for further fossil fuel exploration domestically, but Democrats and environmentalists argue the economic pinch underscores the need to make the U.S. more energy independent, and to invest in green solutions…”