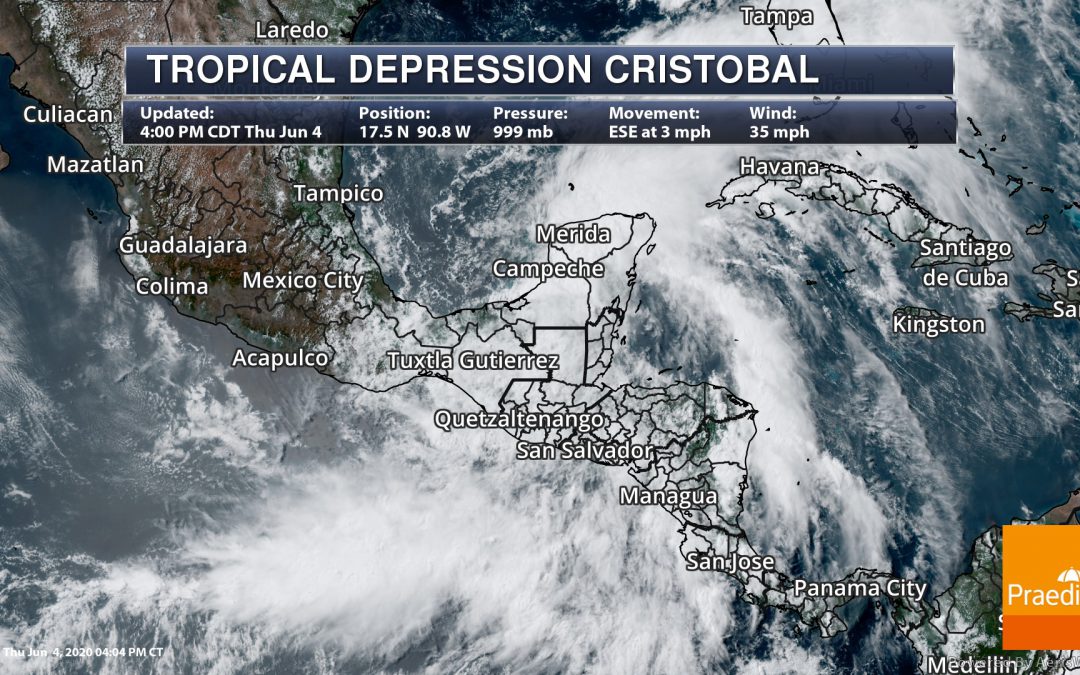 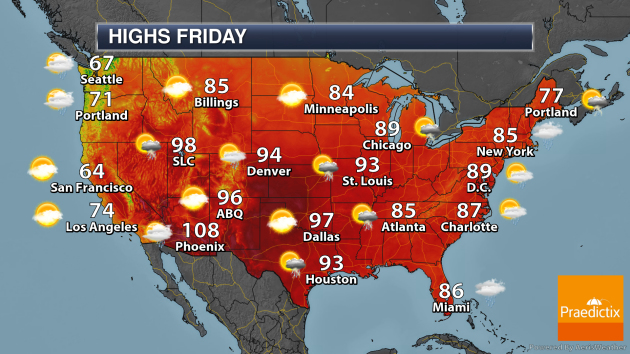 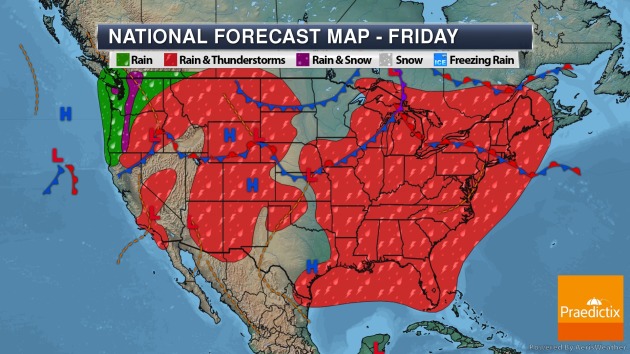 On Friday, we’ll be tracking the potential for showers and thunderstorms from the Great Lakes into the Northeast with a couple of frontal systems. Tropical moisture feeding into the Southeast will produce the threat of storms with heavy rain, especially in Florida and along portions of the Gulf Coast. By the evening, showers and storms will be possible in the western United States with a system moving through. 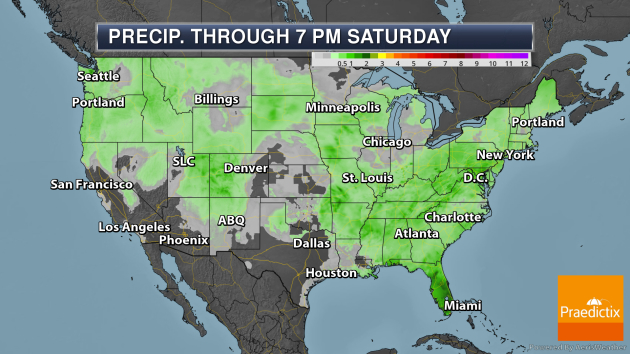 The heaviest rain through Saturday evening will be across portions of Florida and the Gulf Coast, where totals of at least 1-3″ are expected. Below is a closer look at potential totals across the Southeast through 7 PM Saturday: 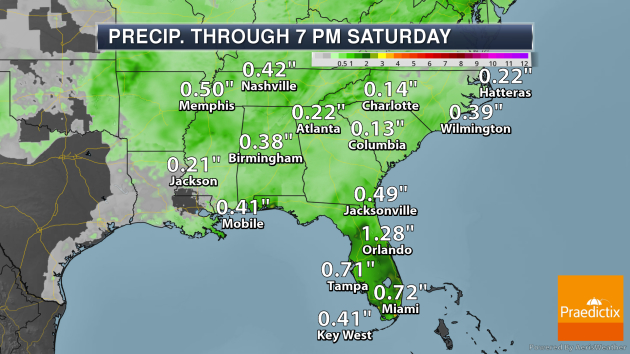 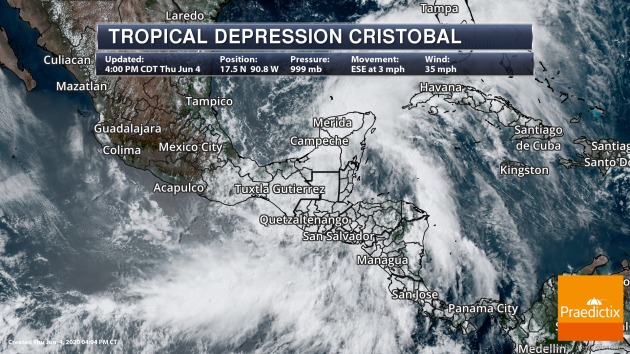 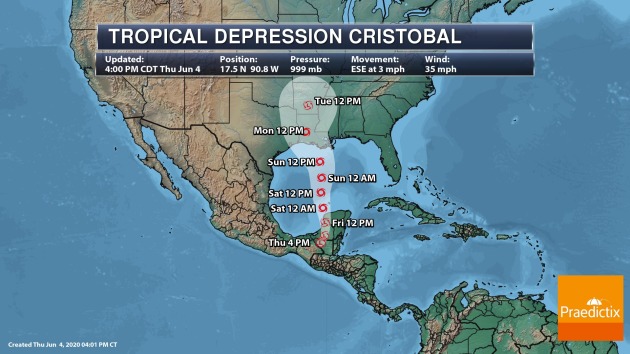 As of the 4 PM CDT update on Thursday, Cristobal is a Tropical Depression with wind speeds of 35 mph. The cloud pattern is poorly organized this afternoon. It is expected to eventually make its way back into the Gulf of Mexico sometime Friday Night and work its way northward to the northern Gulf Coast by Sunday Night. There are uncertainties with this system, including what strength it might be at when it reaches the Gulf Coast. However, its wind field is expected to expand as it crosses the Gulf of Mexico, meaning strong winds may be possible a far distance from the center of the storm. It is possible that Tropical Storm and Storm Surge Watches are issued either Thursday Night or Friday for the Gulf Coast ahead of Cristobal.

More from Space.com: “The full moon of June, also called the Strawberry Moon, will occur the morning of Friday, June 5, at 3:12 p.m. EDT (1912 GMT), just a few minutes before entering a penumbral lunar eclipse, according to NASA’s SkyCal. Observers in New York City will see the full moon set at about 5:17 a.m. local time on June 5, according to timeanddate.com, and it will rise that day at 8:29 p.m. local time. The lunar eclipse starts at 1:47 p.m. and ends at 5:05 p.m., so the moon will be below the horizon in North America and much of South America. That said, this subtle lunar eclipse will be entirely visible for observers in eastern Africa, the Middle East, southern Asia and Australia. It will start at moonrise for those on the eastern coast of South America, western Africa and Europe, and at moonset for sky watchers in Japan and New Zealand. The eclipse begins at 1:45 p.m. EDT (1745) and lasts until 5:04 p.m. EDT (2104 GMT), or about three hours and 18 minutes.”

More from CBS News: “NASA is monitoring an asteroid that may be as large as the Empire State Building, expected to pass Earth on Saturday, June 6. Asteroid 2002 NN4 is estimated to be 250-570 meters (820-1,870 feet) in diameter, according to NASA’s Jet Propulsion Laboratory (JPL). New York City’s iconic Empire State Building is more than 1,400 feet tall at its tip. The asteroid may seem daunting, but it will pass Earth at a safe distance, a representative for JPL told CBS News.”

More from NJ.com: “Climate change education is coming to New Jersey classrooms. Grade school students in the Garden State will soon be required to learn about climate change and its impacts on human society, as part of new standards adopted by the state Board of Education on Wednesday. The New Jersey Student Learning Standards, which outline what is taught in New Jersey’s public schools, now include language that requires climate change education across seven areas: 21st Century Life and Careers, Comprehensive Health and Physical Education, Science, Social Studies, Technology, Visual and Performing Arts, and World Languages.”