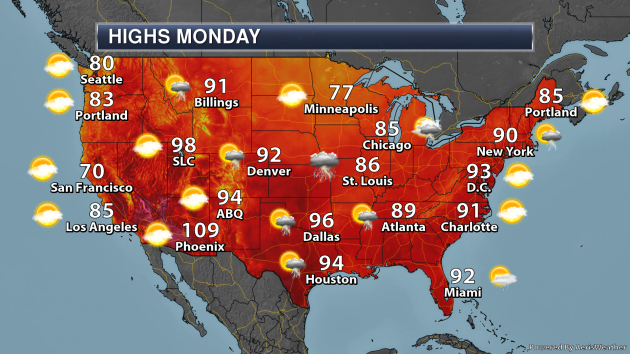 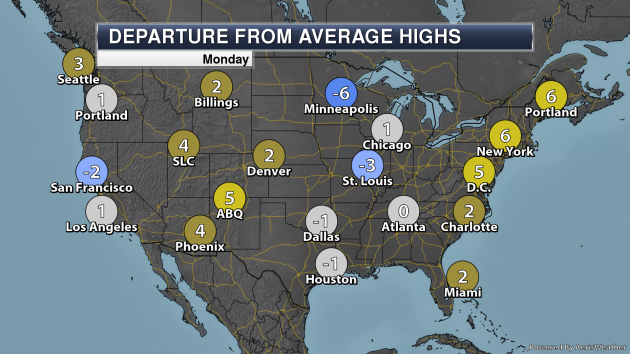 On Monday, a cold front extending from the Great Lakes to the Southern Plains will help produce some showers and storms stretching as far east as portions of New England. A lingering boundary over the Florida Peninsula will help bring more rain to the state, especially in the afternoon hours. Afternoon showers and storms will also pop from portions of the Desert Southwest into the Front Range and back into the Northern Rockies. 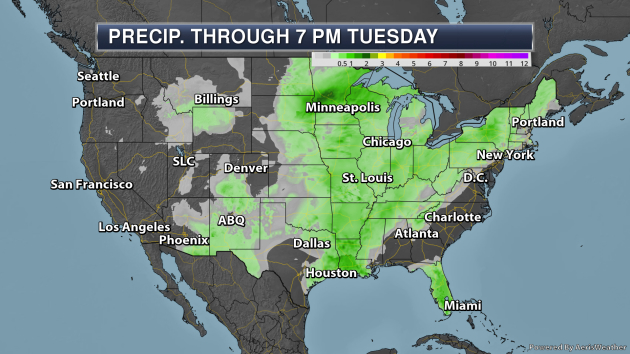 The heaviest rain through 7 PM Tuesday will be across the upper Midwest, where rain through Sunday Night could total 1-2″+ in some spots. 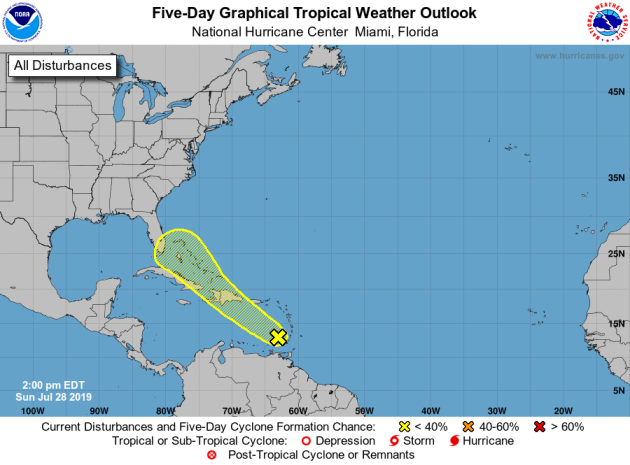 In the Atlantic, the National Hurricane Center is watching an area in the eastern Caribbean that after crossing Hispaniola could move into a better environment for development across the Straits of Florida later this week. The NHC gives this area a 10% chance of formation in the next two days and a 20% chance in the next five days. 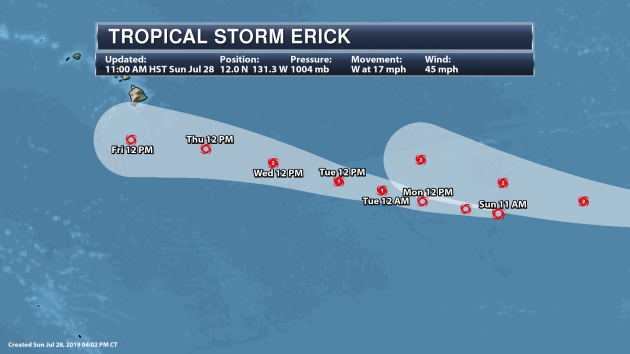 We are keeping an eye on two systems in the Eastern Pacific: Erick and Seven-E. We’ll start off with Erick, which is expected to become a hurricane late Monday as the system moves westward toward the Central Pacific. It should weaken late this week before passing near Hawaii, bringing the state the potential for increased rainfall and windy conditions. 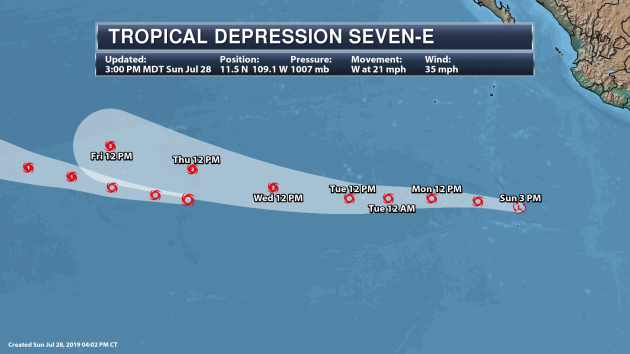 Further to the east, Tropical Depression Seven-E has formed and will continue to move westward this week as well. It is expected to strengthen into a hurricane by the middle of the week.

Inside India’s water crisis: Living with drought and dry taps

More from Al Jazeera: “This year, large parts of India have seen the worst drought in decades. The monsoon, which usually provides some relief, was weeks late and when it finally arrived, it was once again deficient, with less rainfall than expected. Despite India’s economic growth in recent years, it remains one of the most unequal societies in the world. And that inequality can be seen in people’s access to life’s most basic necessity: water. A government report found that 600 million Indians – nearly half the population – are facing acute water shortages. While swimming pools in luxury hotels remain full, three quarters of the population do not have drinking water in their homes. The effects of the drought are seen most clearly in rural India. About 300,000 Indian farmers have killed themselves in the past 25 years, and many more have deserted their crops to move to cities in search of work, leaving behind the elderly.”

Want to fight climate change? Drink gin made from peas

More from the USA Today: “We all presumably want to do what’s best for the environment, whether it’s recycling, avoiding food waste, driving more fuel-efficient cars, or anything else that we’ve been told will help. But what if we could do our part just by the way we order cocktails? A new study published in the journal “Environmental International” outlines a novel way to help reduce carbon dioxide and nitrous oxide emissions (harmful greenhouse gases): drink gin made from pea starch instead of the traditional wheat. This might be an easy way to increase efforts against climate change in the countries doing the least to protect the environment. The study, called “Just the tonic! Legume biorefining for alcohol has the potential to reduce Europe’s protein deficit and mitigate climate change,” found that pea-starch gin had a smaller environmental footprint than the conventional kind in 12 categories. This was due in part to the fact that growing wheat requires the use of nitrogen fertilizers, while legumes like peas can source nitrogen directly from the atmosphere. ”

What is regenerative farming? Experts say it can combat climate change

More from CBS News: “Christensen believes that regenerative farming, a strategy focused on the nourishment of the soil, is an effective way for farmers to adapt to the challenges of a changing climate and even help reverse the problem. Maybe it doesn’t look like much more than dirt, but soil does more than just give crops life — it also serves as the terrestrial ecosystem’s most significant carbon storehouse. Fertile soil is microbe- and carbon-rich. Improperly cultivating it with traditional practices like excessive tilling and monocropping (producing a single crop every year on the same land) kills off those critical microbes and releases large amounts of carbon into the atmosphere. It’s estimated that 10% to 20% of the 450 billion tons of carbon emitted since the Industrial Revolution may be attributed to soil carbon losses. Carbon that is released from the soil then oxidizes in the air and transforms into carbon dioxide, a greenhouse gas that traps heat and contributes to warming temperatures. ”