Where U.S. Drought May Improve In Coming Weeks – Climate Change Impact on Beer? 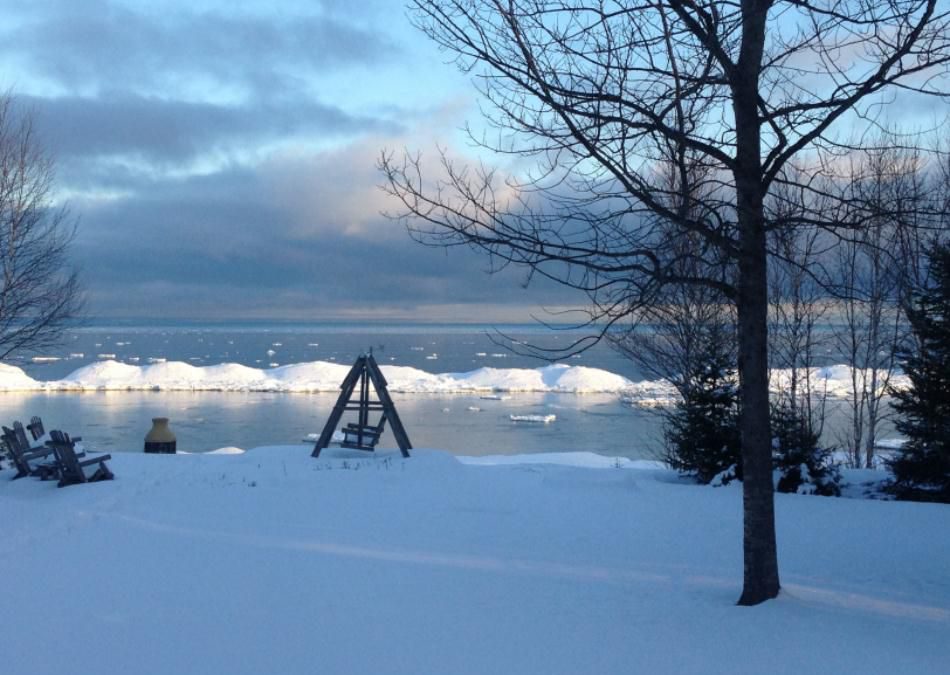 Unusually Mild and Quiet for Mid-March

”There’s no such thing as bad weather, only unsuitable clothing wrote Alfred Wainwright in his 1973 book “Coast to Coast”. Sorry Al, I live in Minnesota and I beg to differ. There IS such a thing as lousy weather.

I enjoy all 4 seasons, but summer is still a favorite. We get a 24-pack of weather variety yearround; weather is rarely dull or repetitive, but the treadmill of icy clippers in January and February did get old. We earned this warm front.

Nature rarely moves in a straight line – the journey from winter to summer is lumpy and bumpy, spring fever interrupted by sloppy winter colds. I’m not retiring my snow shovel or yanking out driveway stakes just yet, but no big “tournament” storms are brewing.

Friday’s storm passes south of Minnesota – it should be mild enough Monday and Tuesday for rain showers. We cool off slightly today, but ECMWF hints at 4 days of 60-ish temperatures next week. After a persistently cold and grim January and February, we were due for mild payback.

Balmy Weekend, Then Cooling Off Next Week. Nothing polar is brewing and I don’t see any accumulating snow through the middle of next week, in fact our weather will remain unusually quiet for March with a good shot at 60F early next week.

Chilly End to March? It makes sense, a roughly 10-day to 2 week extended thaw with temperatures 10-20F above average, followed by a late March correction, with chilly weather into the first week of April. Don’t pack away the heavy jackets or shovels yet.

Snowfall Surplus for Much of Minnesota. Except for far southern counties and Wisconsin is running quite a snowfall deficit as well. A family of clippers followed by lake effect snow squalls has dropped 176” on Marquette, Michigan. Wow.

Scientists in the U.S. are Flying Planes Into Clouds to Make It Snow More. When in a drought…call out the “rain-makers”. CNN has the story: “With 61% of the contiguous US in drought, wouldn’t it be nice if we could just “make it rain” or just “make more snow?” Well, certain parts of the country are doing just that, sort of. It’s called cloud seeding, and it’s nothing new. It’s been around since the 1940s and countries all over the world have been doing it for various reasons (most notably China), but it’s a growing practice in the US, especially in the drought-stricken West. It’s also surrounded with controversy. We spoke with Julie Gondzar who is the program manager for Wyoming’s Weather Modification Program, who admits she gets lots of calls about what they are doing. Gondzar said some people say “you’re playing God,” others say “you are stealing moisture from the storm,” making other areas drier than they normally would be, kind of like robbing Peter to pay Paul…”

How a Hurricane Fueled Wildfires in the Florida Panhandle. I was just on the Florida Panhandle and saw this for myself: mile after mile of flattened trees, leftover from Hurricane Michael in 2018. The Apopka Voice connects the voice and explains how that Category 5 storm set the stage for a rash of wildfires taking place in recent weeks: “…March is early for large fires in this part of Florida. We’re not in extreme drought, but the weather has been warm and dry, and this area has a lot of fuel on the ground that can burn. When Hurricane Michael rolled through, it had a catastrophic impact on timber in the region. The hurricane dropped most of the standing trees into a jumbled mess that piled up on the ground. Typically, a forest’s fuel load – the total mass of burnable stuff on a site – is less than 10 tons per acre. After Hurricane Michael, surveys found over 100 tons per acre in parts of the Panhandle. That’s off the charts. Everyone involved saw this storm had tremendous potential to affect wildfire activity for years to come...”

March 17, 2012: The Twin Cities hits 80 degrees, a new record for St. Patrick’s Day and the warmest temperature during the warmest March on record. Amazingly, the high also reached 79 on March 16, 18, and 19 this year.

These are Minnesota’s Top Greenhouse Gas Polluters. Star Tribune has the list and accompanying story; here’s the intro: “One hundred facilities in Minnesota are responsible for a quarter of the greenhouse gas emissions in the state. Who are they? Minnesota’s biggest greenhouse polluters form a cross section of the state’s economy, providing goods and services deeply embedded in our lives. Electricity. Fossil fuels for heating and cars. Steel. Sugar. Trash disposal. Semiconductor chips. Breakfast cereal. Most of Minnesota’s 19 ethanol plants are on the list, as are many compression stations that push natural gas around the state to heat our homes. Let’s look at what exactly is being measured. The shorthand for the greenhouse gases driving climate change is carbon…”

No, Not the Beer. How will a warmer climate, with greater water extremes, impact beer production? Climate Central takes a look: “We’re looking forward to St. Patrick’s Day, while also looking back—at March temperature trends since 1970. 95% of 246 weather stations across the U.S. saw March average temperatures increase from 1970 to 2021—consistent with nationwide spring warming trends. Across all stations, March temperatures increased by 2.4 °F on average since 1970. March warming over this period was highest in Nevada and Arizona cities: Las Vegas (7.1 °F), Tucson (6.3 °F), Reno (6.2 °F), and Phoenix (6.0 °F). Widespread warming is not only an indicator of climate change; it’s also affecting the unofficial drink of St. Patrick’s Day: beer…”

How New York City is Preparing for Expected Rising Sea Levels from Climate Change. ABC News has a summary; here’s a clip: “…Based on historical data, sea levels rose by one foot in the last century. The latest NOAA report reveals the same rate could impact coastal areas around the U.S. in less than three decades…The $1.45 billion project, which began in fall 2020 and is set to be completed by 2025, will create a 2.4-mile “flood protection system” consisting of floodwalls and floodgates, as well as elevate parts of the region by up to 9 feet, to keep the storm surge out of the neighborhood. Sewer infrastructure will also be remodeled and updated to handle more water in coming years. The project estimates more than 110,000 people will be impacted, of which about a quarter live in low-income or public housing…”

NFIP, Still Underwater, Paid Out $2.2 Billion In 2021: Climate Nexus has headlines and links: “The National Flood insurance Program paid out nearly $2.2 billion in claims in 2021, E&E reports. The eighth-largest claims year in the program’s 53-year history was driven almost entirely by the $2 billion of insured damages caused by Hurricane Ida in Louisiana, New York, and New Jersey. Numerous climate impacts — including rising sea levels, faster snow and ice melt, and increasing extreme precipitation events, total precipitation, and storm surge — fuel increasing U.S. flooding risks. The funds disbursed by the NFIP only cover a portion of the total damage wrought by flooding. The floods that killed 20 people in Tennessee last August destroyed their home and much of their hometown of Waverly, and unaffordable premiums force families like Gretchen Turner’s into impossible decisions of whether to rebuild their homes or leave. “None of my neighbors had flood insurance. We weren’t in the flood plain. It wasn’t required,” Turner told NPR. “And if we could have gotten it, it was going to be around $600 a month.” Recent efforts to increase flood insurance premiums to more accurately reflect flood risks notwithstanding, the NFIP owes more than more than $20 billion to federal taxpayers for claims payments beyond its premium revenue.” (E&E $; Tenn. Family: NPR; Climate signals background: Flooding, Extreme precipitation increase, Total precipitation increase, Snow and ice melt, Storm surge)

Australian Court Overturns Teenagers’ Landmark Climate Ruling. CNN.com has the post: “The Australian government has successfully appealed a court ruling that ordered the federal environment minister to consider the impact of carbon emissions on children when approving new coal mining projects. The full bench of the Federal Court handed down its unanimous ruling Tuesday, saying the duty of care should not be imposed on Environment Minister Sussan Ley, with the three judges offering multiple reasons for their decision. Chief Justice James Allsop said liability should not be imposed, partly because the minister’s lack of control over the harm caused by climate change by her decisions greatly exceeded the “tiny contribution to the overall risk of damage from climate change” from those decisions…”