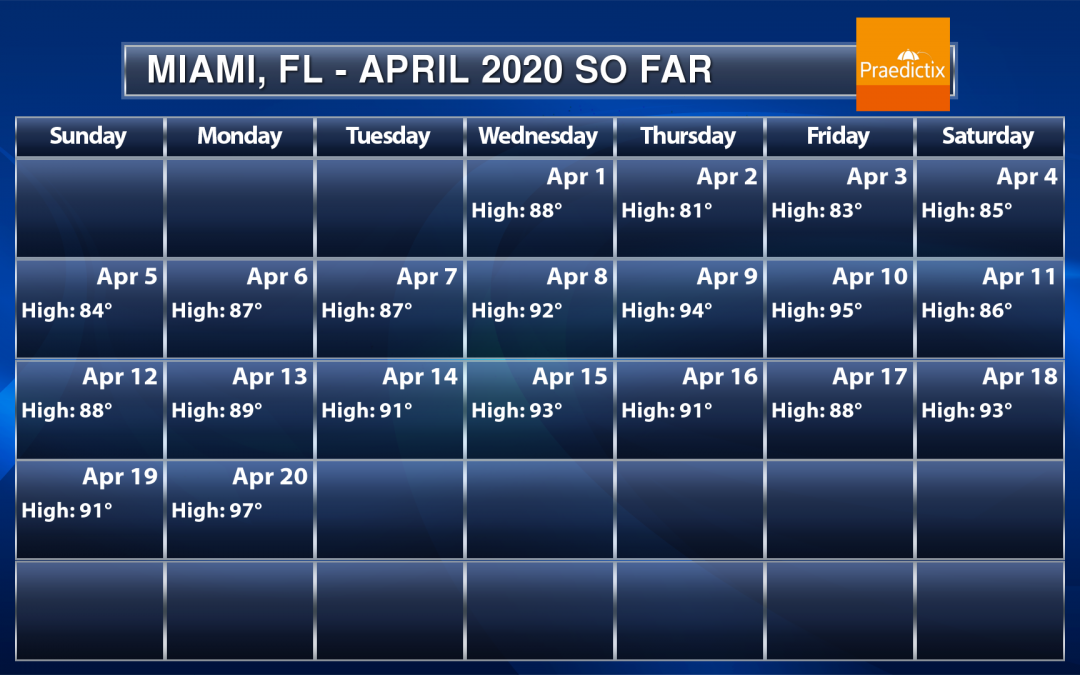 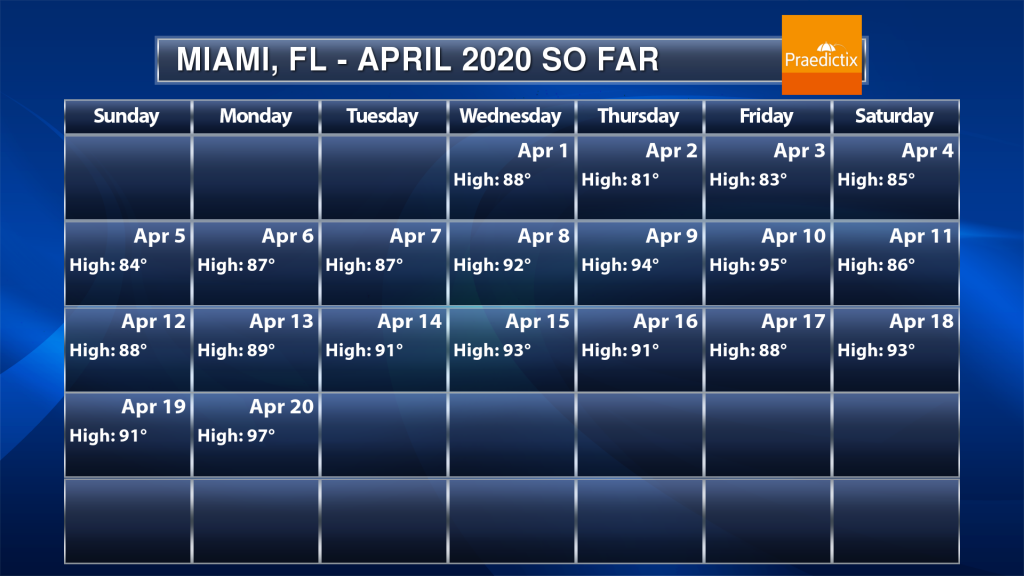 I think the weather down in Miami so far in April 2020 can be aptly summed up by that lyric from the Will Smith song “Miami”! Through the 20th of the month, the high each day has been either at or above average. In some cases, the high has been 13F degrees above average. Nine days so far have had highs climb into the 90s. Seven days this month (the 8th, 9th, 10th, 14th, 15th, 18th, and 20th) have set record highs – that’s over a third of April so far!

Through those first 20 days, the average high has been 89.2F degrees in Miami. That’s exactly 2F above the previous warmest start to April on record back in 2011. The average temperature – taking into account both the high and low of the day – has been 82.2F degrees, besting April 1-20, 2015, by 2.2F.

One record will stand out in the record books from this month, however. On Monday, April 20th, the temperature reached 97F at 1:38 PM at the Miami International Airport. That not only shattered the record for the day of 92F in 2015 but also set the record for the highest the temperature has ever reached in April (with records going back to September of 1895). The previous April record was 96F, which had been reached twice (April 26, 2015, and April 30, 1971). 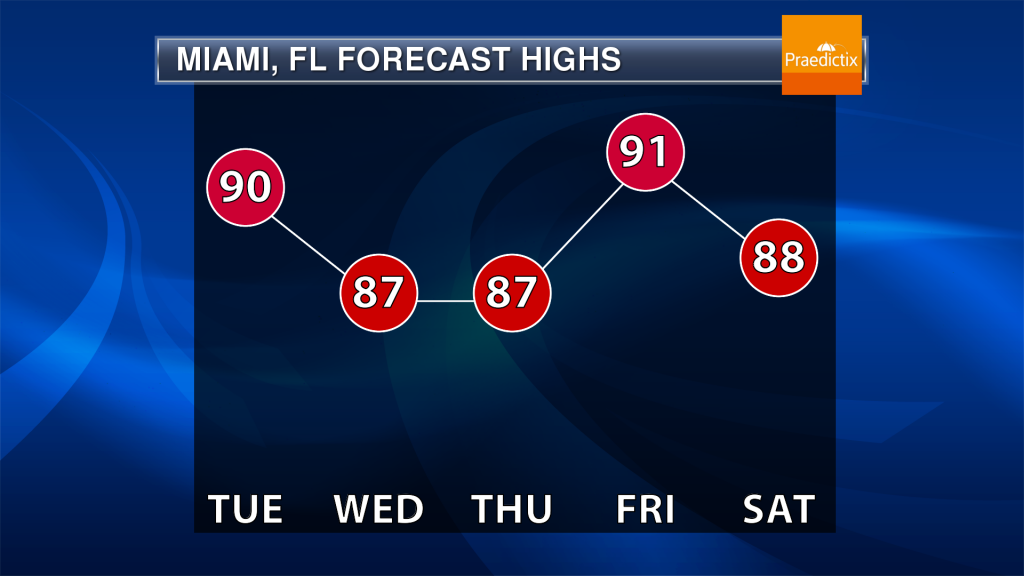 The good news is slightly cooler air is moving in as a cold front slides through Tuesday. “Slightly cooler” still means highs in the upper 80s to low 90s though for Miami through Saturday. The high on Tuesday could tie the record for the day.

Find Out How Our Weather Graphics Can Enhance Your Website