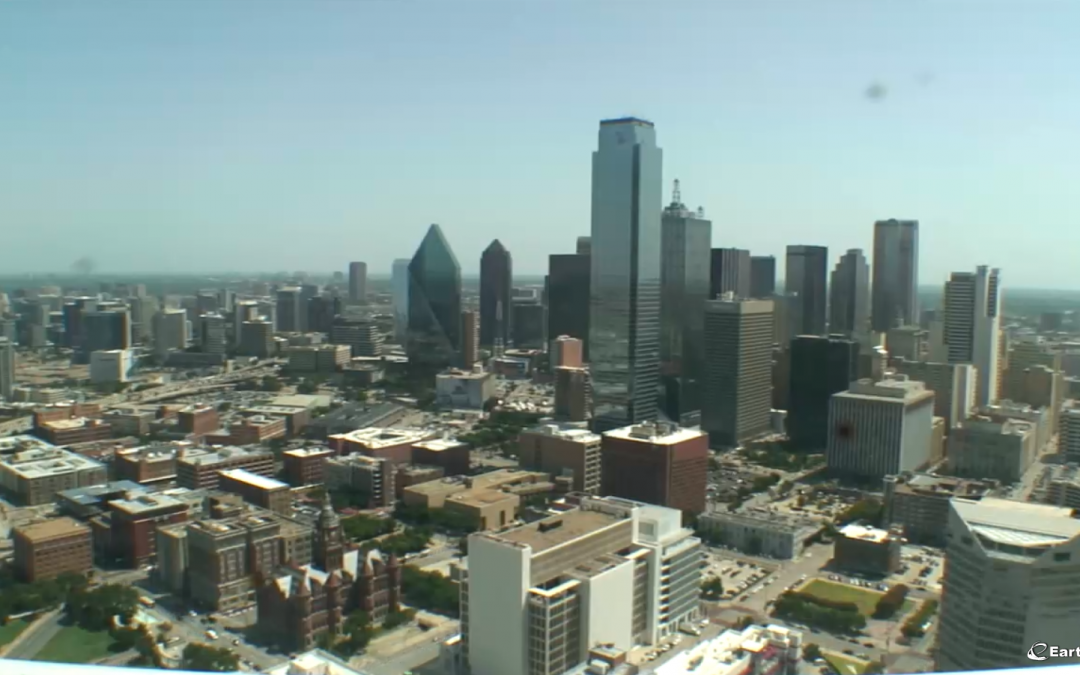 Dangerous heat is setting in across parts of the Southern Plains, including Dallas, as we head through the next several days. Several days in a row with highs in the 100s are possible for parts of Oklahoma and Texas, with little to no relief expected at night as temperatures will remain in the 70s and 80s. Due to the expected stretch of excessive heat, numerous Excessive Heat Warnings and Heat Advisories have been issued across this part of the nation.

Forecast temperatures for the south-central United States from Thursday, July 19th, at 1 PM to Friday, July 20th, at 7 PM. 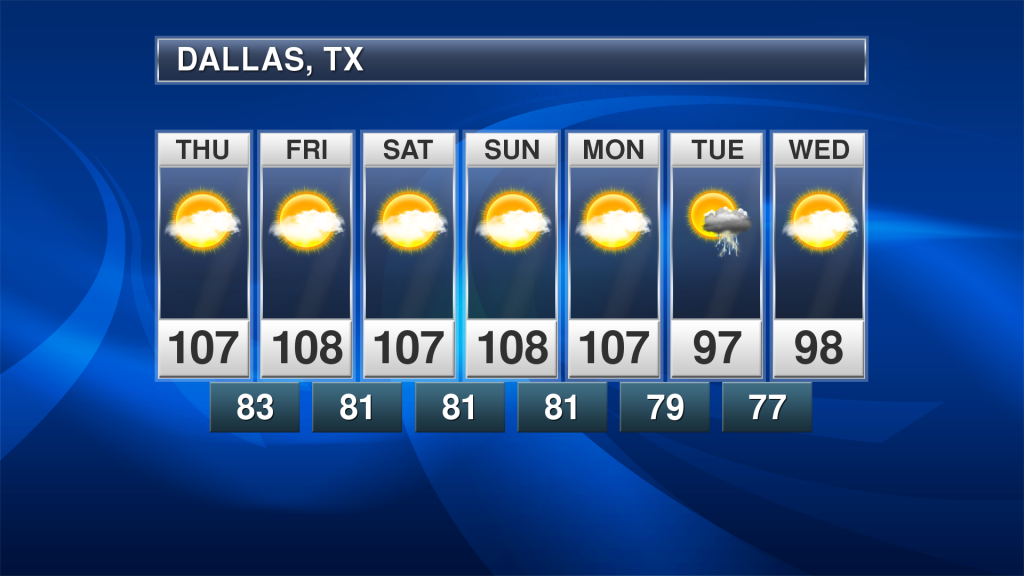 Dallas is just one of many spots over through the weekend that is expected to see this brutal heat wave. Highs are expected to be up around 107-108 Thursday through Monday, with lows potentially not making it out of the 80s. Some climate stats on this heat wave expected for Dallas:

Did you know? According to a study at the University of Texas at Arlington, climate change could bring 120-degree highs to the Dallas-Forth Worth metro by 2050. The warmest temperature on record for Dallas currently is 113 set back on June 26th and 27th of 1980. Read more from Dallas News, powered by The Dallas Morning News.

Praedictix meteorologist Joe Hansel (Facebook | Twitter) has the latest on the expected heat wave across the Dallas Metroplex over the next several days in this video forecast update from the morning of July 19th, 2018.

Graphics shown in this blog are examples of our custom weather graphics. From television to websites and social media, our high-resolution weather graphics and weather maps come in all shapes and sizes, for any geographical location. We have multiple options for base-maps and a full suite of weather data layers to choose from. You can integrate your logo, sponsor graphics, and your own graphical elements such as banners and icons to complete your own unique look. With the ability to integrate sponsored content such as logos, full-screen graphics, and even full commercial inserts, now you have the tools to monetize weather like never before.

Find Out More About Our Custom Weather Graphics