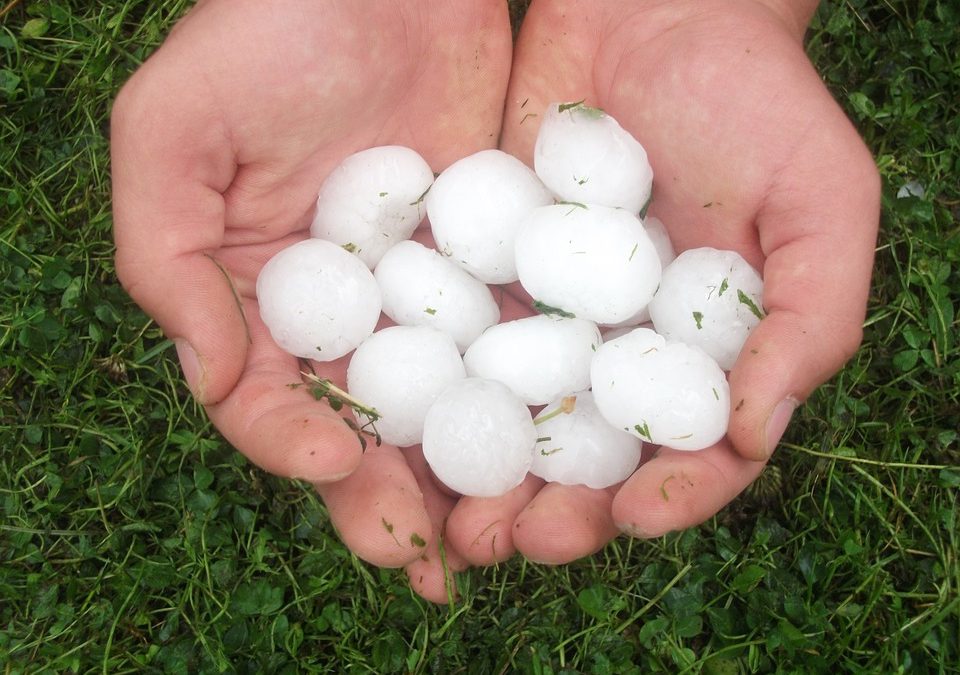 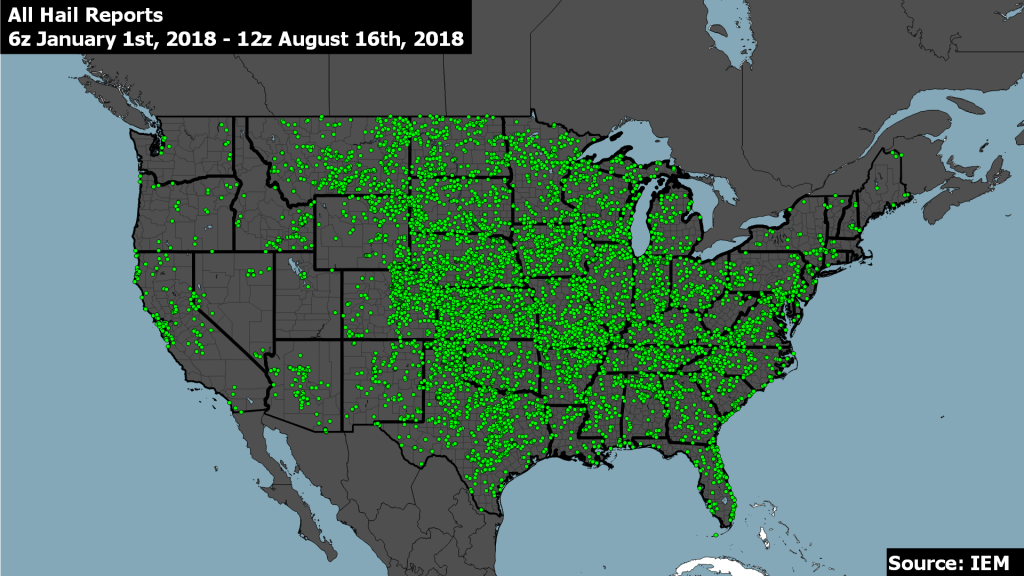 Several recent very large hail damage incidents have made news over the past few months. This included hail that was up to 3″ in diameter in Dallas back in June and hail that was up to softball sized in the Colorado Springs, CO, area earlier in August. Earlier this week, the Rocky Mountain Insurance Information Association said that the early August storm around Colorado Springs caused $172.8 million in damages. That would rank this storm as the second most expensive storm in recorded history for the Colorado Springs area and the fourteenth most expensive storm for Colorado.

The image above shows all hail reports – ranging from 0.25″ in diameter to 5″  in diameter – across the country so far this year. The data set shows data from 6z on January 1st to 12z on August 16th. Overall there have been 9,694 hail reports according to local storm reports gathered up by the Iowa Environmental Mesonet. 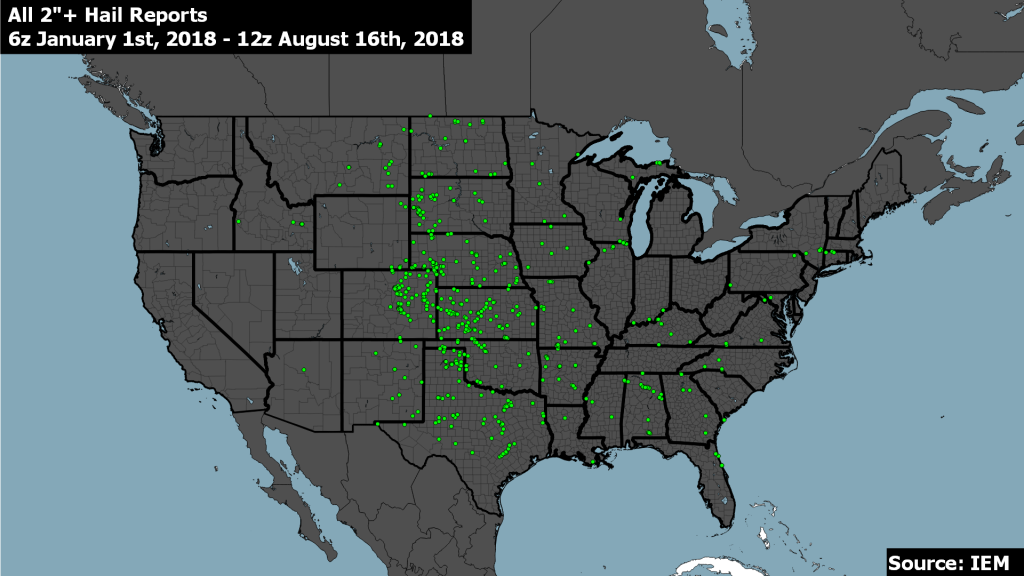 A recent conference in Boulder, Colorado, focused directly on hailstorms. At this conference, Ian Giammanco, a lead research meteorologist of the Insurance Institute for Business & Home Safety, said that approximately 70% of severe weather insurance claims filed yearly are from hail damage. Experts say that already in 2018 insured severe weather losses are at $8.22 billion (most of that due to hail damage) and that this year is likely to be the eleventh year in a row with $10 billion in claims from hail damage.

Meanwhile, according to Bryan Wood, a meteorologist for Assurant, costly hailstorms have been increasing due to three factors: urban sprawl, home sizes, and the cost of roofing materials. He has more details on that over at the Washington Post’s Capital Weather Gang.

Did you know? A study released in Nature Climate Change in June 2017 showed that while the number of hailstorms may decrease in a warmer environment, the size of the hail would likely increase. (CNN article)

Extreme weather is becoming the new normal – weather-related insurance claims are increasing. Our team of expert meteorologists, led by Senior Meteorologist Paul Douglas, are available to provide extensive forensic weather research, tapping analytical and storytelling tools to explain how your assets were impacted and why. This is not only limited to hail damage, but any kind of extreme weather, including heavy rain and flooding, wind damage, slip-and-fall, and snowfall.

So has severe weather impacted you? Contact us for your forensic weather needs!

Find Out About Our Forensic Weather Services

We can keep you informed ahead of the storm as well with our custom weather briefings. Our roster of Fortune 500 clients rely on our custom weather briefings that go out days before a hurricane, blizzard, tornado outbreak or major flood. Adjust operations to lower risk and protect staff. No more unpleasant weather surprises. Check every box and make sure you’re doing everything in your power to keep colleagues and customers safe. Find out how we can help your corporation.

Find Out About Our Corporate Weather Briefings
– Meteorologist D.J. Kayser