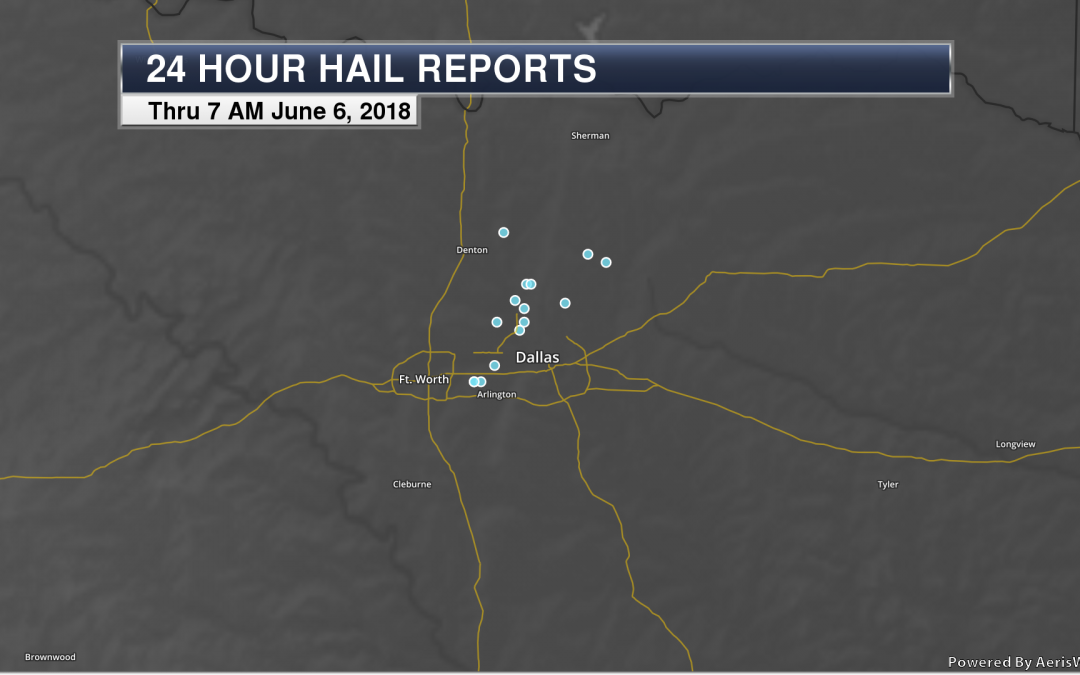 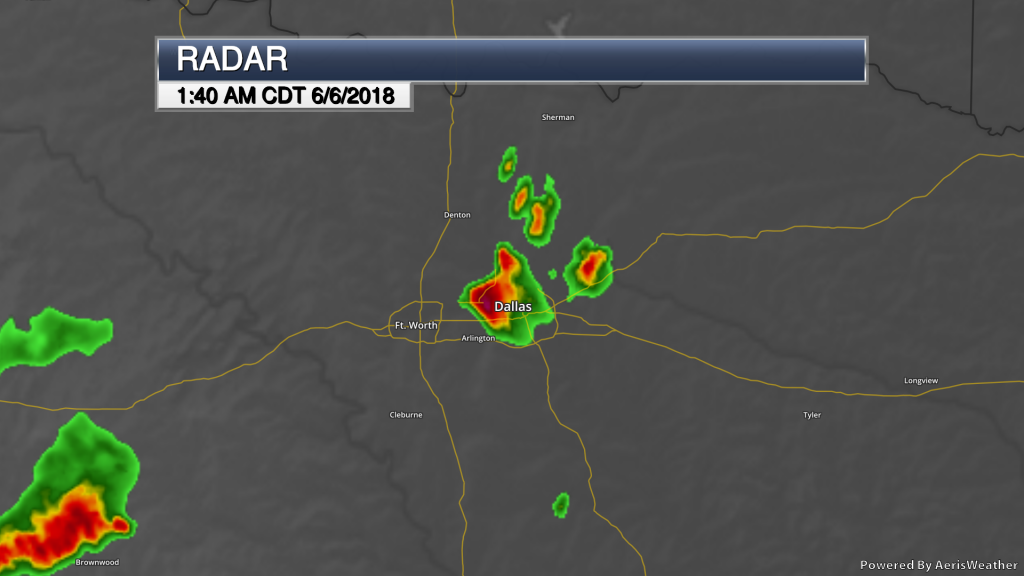 Storms impacted the Dallas metro Tuesday Night bringing large hail up to the size of baseballs and teacups. Radar above shows the strong storm responsible for the large hail over parts of the Dallas Metroplex around 1:40 AM June 6, 2018. Due to this hail, there were numerous reports of damage to vehicles and buildings, and according to ABC-13 in Dallas, “One person says every single car in an apartment complex in Carrollton had its windows blown out.” 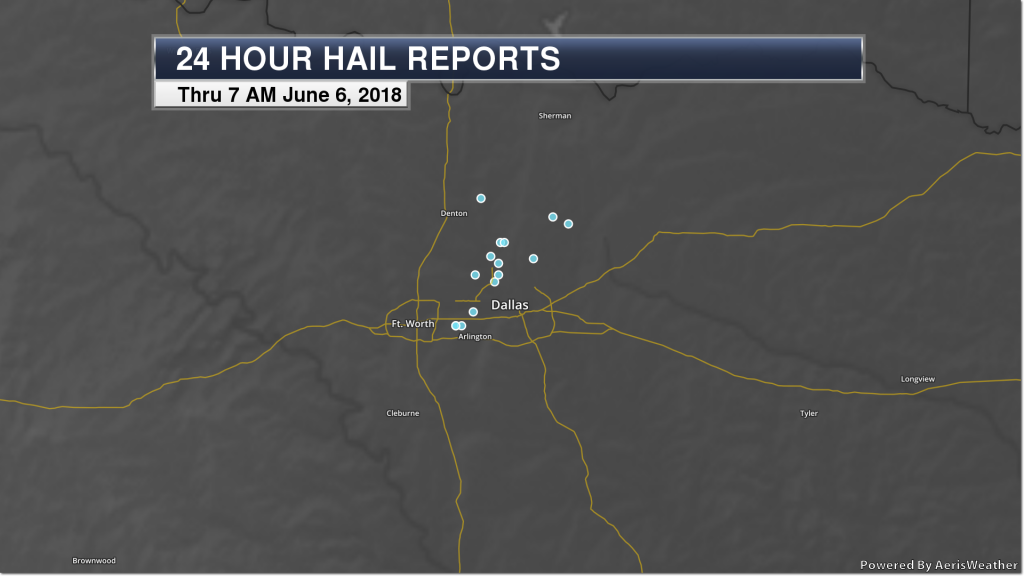 Numerous reports of hail came out of the Dallas Metroplex Tuesday Night, with most of the hail reported between about Midnight and 3 AM June 6, 2018. The largest hail was reported in Carrollton and Coppell where the hail was reported to be 3″ in diameter, but there were 13 total hail reports to the Storm Prediction Center of at least 1.5″ in diameter. The storm that caused the largest hail reports moved southwest from Frisco to near Arlington, including through Carrollton and Coppell.

The Insurance Council of Texas already has put out an estimate that $425 million in insured damages on 20,000 structures and 25,00 vehicles were caused by this overnight hail storm. It is possible that the total insured damages could go up as claims are filed. They have also put out a release with tips for home and vehicle owners of what to do if you were impacted by this hail storm (or any other storms in general).

Texas No Stranger To Large Hail

Earlier today, I had mentioned the recent major hail storms in the Dallas-Fort Worth metroplex. Over the last 6 years, there have been some very costly hail storms. Cost is inflation adjusted to 2018 for proper comparison. pic.twitter.com/tjmLaImdlQ

Dallas and Texas have had their share of large hail events over the past several years. According to Bryan Wood, a meteorologist at Assurant, at least six different costly hail events have impacted the Dallas Metroplex since 2012. Taking a wider look at the state of Texas, two different studies show that Texas is a target for large hail. First, the Insurance Information Institute says that Texas was the top state for major hail events in 2016. In addition, a Verisk Analysis report also showed that Texas was the top state for the number of properties affected by damaging hail in 2017.

Did you know? A study released in Nature Climate Change in June 2017 showed that while the number of hailstorms may decrease in a warmer environment, the size of the hail would likely increase. (CNN article)

Extreme weather is becoming the new normal – weather-related insurance claims are increasing. Our team of expert meteorologists, led by Senior Meteorologist Paul Douglas, are available to provide extensive forensic weather research, tapping analytical and storytelling tools to explain how your assets were impacted and why.

So has severe weather impacted you? Contact us for your forensic weather needs!

Find Out About Our Forensic Weather Services