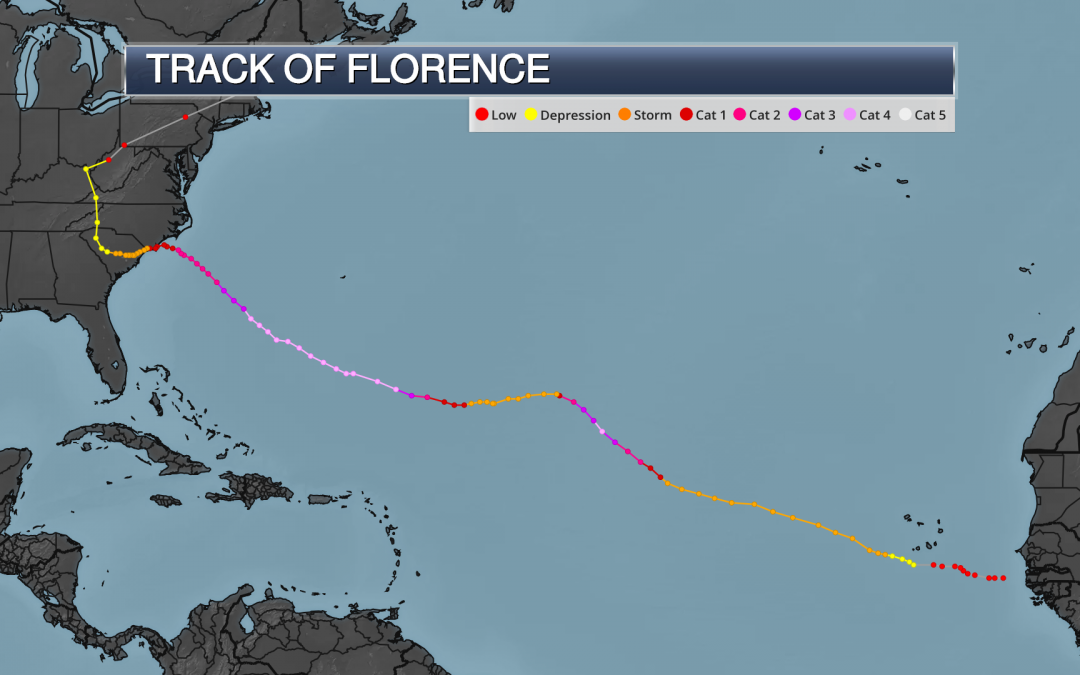 Recapping The Devastation From Florence 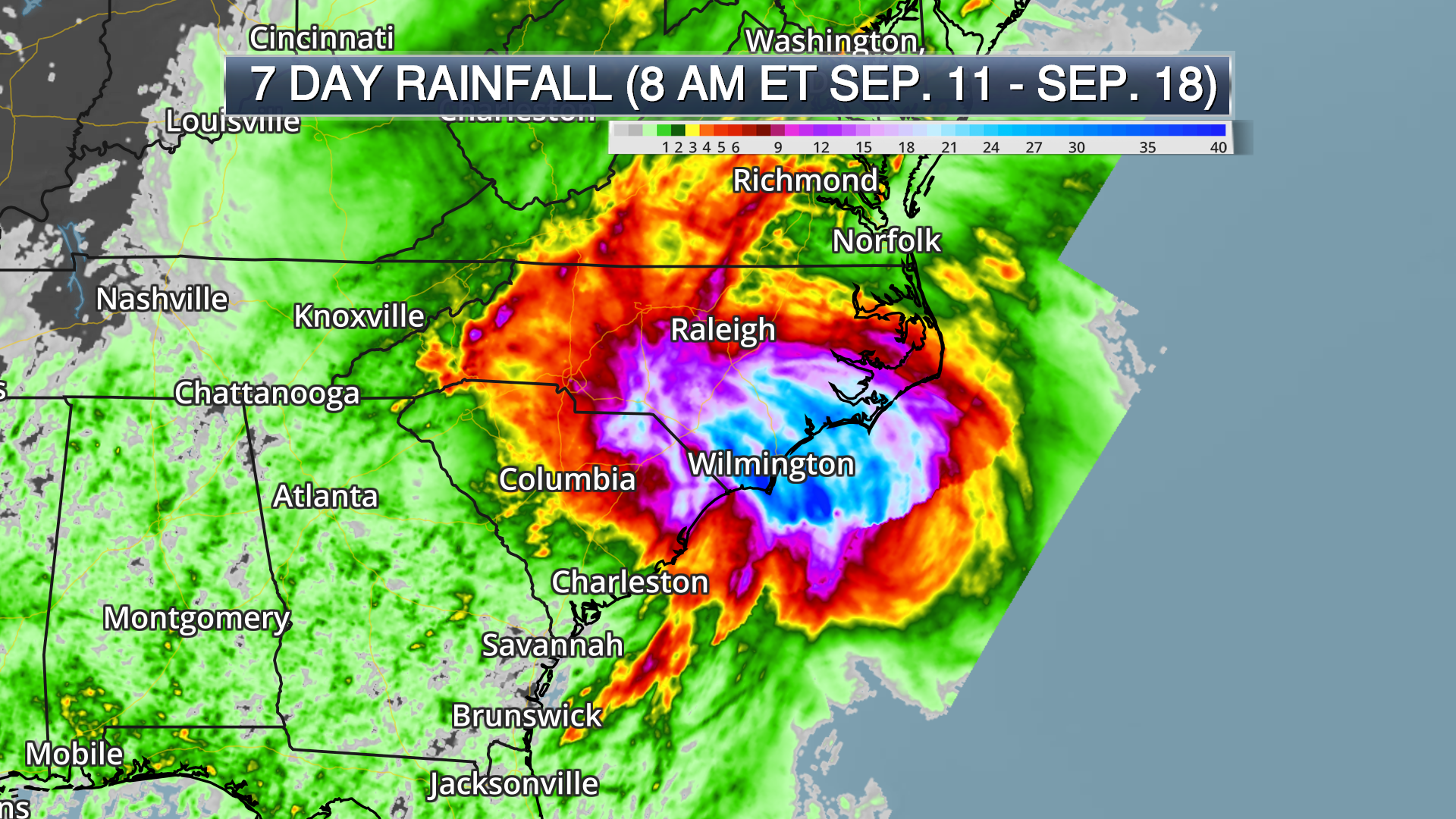 Heavy rain and flooding were the largest stories that came out of Florence, with over double-digit rain falling across parts of the Carolinas. At least three reporting stations in North Carolina picked up over 30” of rain, including a top total of 35.93” 6.2 miles northwest of Elizabethtown. In South Carolina, the top rainfall total (23.63″) was reported 2.9 miles west-southwest of Loris. 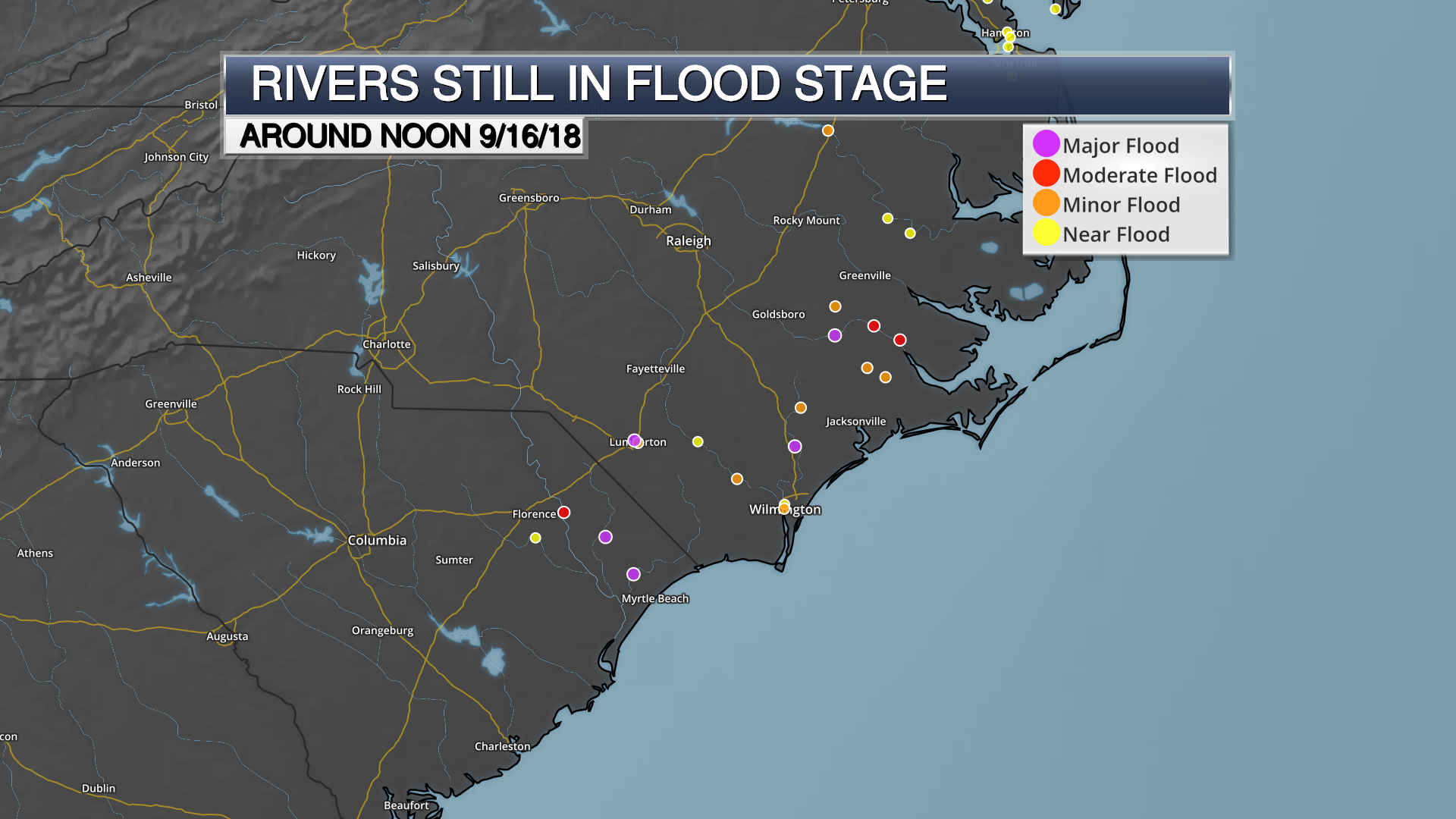 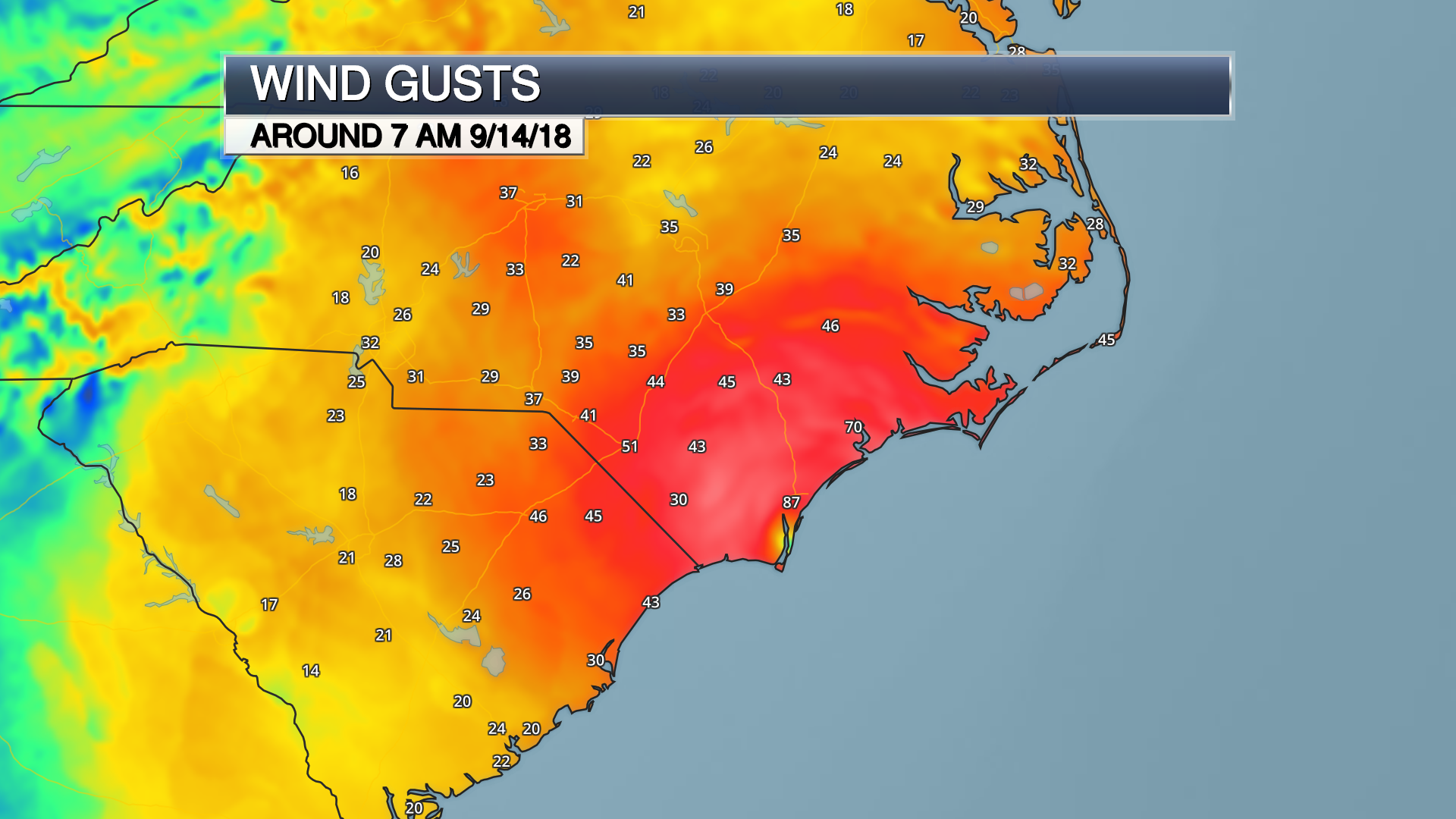 Damaging wind gusts also occurred with Florence as the system approached the coast. A peak reported wind gust of 112 mph was reported at a buoy 30 miles southeast of New River Inlet. In both Fort Macon and Wilmington, a peak wind gust of 105 mph was observed. A wind gust of 97 mph was also reported at Cape Lookout. 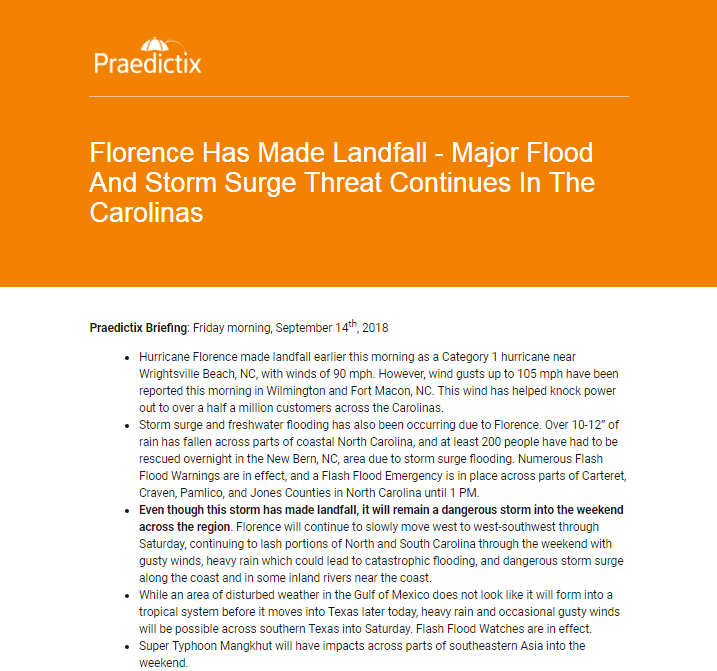 Throughout Florence, we kept our corporate clients informed with the latest through our corporate weather briefings. In the days leading up to and after landfall, we sent out briefings several times a day with the latest forecast information. These particularly focused in on the catastrophic rain and flood threat from the Florence. Due to the threat that Florence posed to the United States, we publically released our morning briefings on our blog which you can view here.

Posted by Praedictix on Thursday, September 13, 2018

Our video clients were also kept up to date before, during, and after the storm with the very latest visuals and forecasts with our meteorologists on-camera telling the story.

Praedictix also kept the public informed about the potential and ongoing impacts on Florence on our social pages. You can see a Twitter Moment highlighting our tweets (in the form of images, photos, and videos) on Florence from the start of the system off the African coast up through landfall and the flooding afterward. On our website, we also provided static graphics that showed the expected track, forecast rain, and current watches and warnings.

As colleague meteorologist Todd Nelson mentions: meteorologists add value to the forecast but not all weather sources are created equal.

If you’re a business owner: a weather app is not enough to make important business decisions. Our team of expect meteorologists can help add that value to the forecast, providing the analysis, context, and perspective you need to optimize your business.

Meanwhile, if you need weather videos, our team of degreed, certified meteorologists has decades of broadcast experience and will tell your hometown weather story with accuracy and authenticity that keeps viewers coming back for more. The meteorologists at Praedictix have a passion for storytelling and delivering colorful, informative and relevant weather updates to their viewers.

Find Out About Our Weather Videos

And just as we did on our website, we can provide you graphics that focus in on the tropics – or for your local area as well. From television to websites and social media, our high-resolution weather graphics and weather maps come in all shapes and sizes, for any geographical location. We have multiple options for base-maps and a full suite of weather data layers to choose from.

Find Out About Our Weather Graphics

Don’t be shy – get in contact with us and let us know how we can wade through the meteorological noise and find solutions to your weather needs.