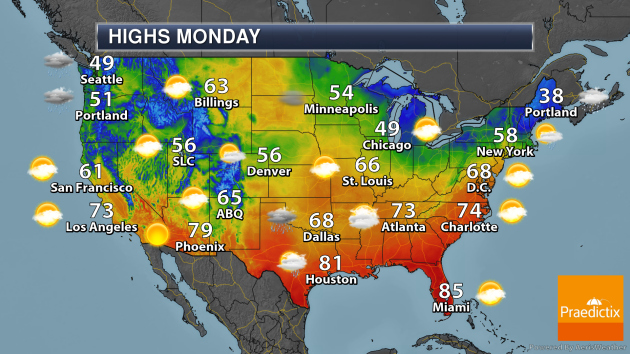 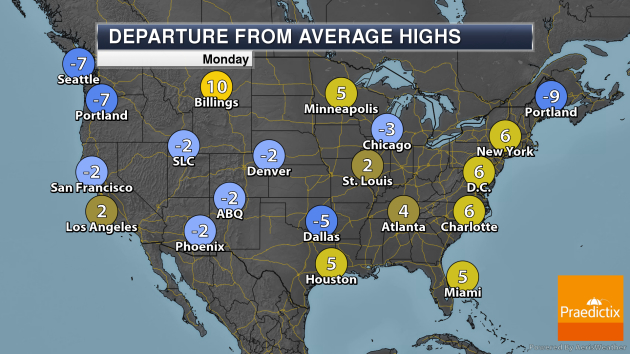 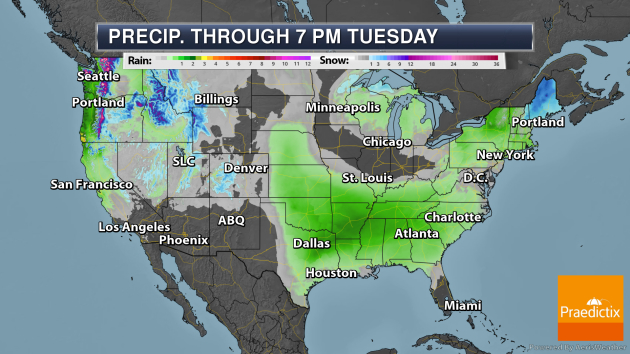 Through Tuesday evening, areas that could see at least an inch of rain include the Pacific Northwest, Deep South, and in portions of the Northeast. Some of the heaviest snow will fall in the mountains in the Northwestern U.S., with several feet possible. 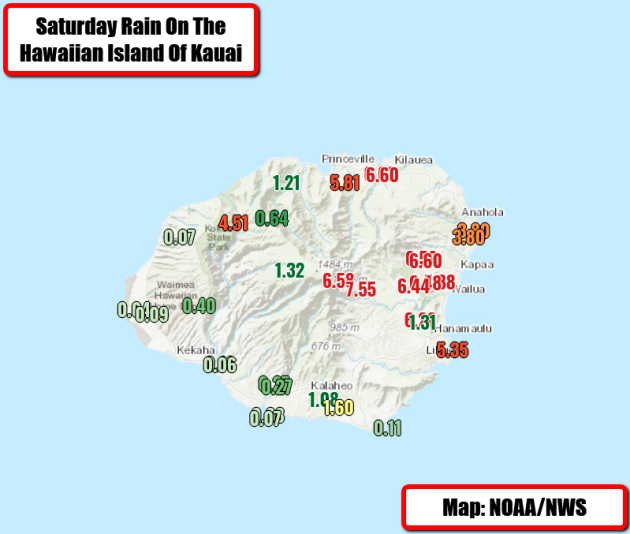 Very heavy rain fell on the Hawaiian island of Kauai Saturday, with some areas seeing over 7″ of rain. Officially in Lihue 5.35″ of rain fell, marking the sixth wettest March day on record (with records back to 1905). Due to this heavy rain, a Flash Flood Emergency was issued during the morning hours.

More from KAIT-TV: “The City of Jonesboro took a direct hit Saturday evening from a tornado, that stayed on the ground for almost 20 miles. As daylight begins to shine on the damage, emergency officials say there were only six minor injuries caused by all the damage. As of 8:30 a.m. crews had finished going door to door on Airport Road, reporting no injuries and only minor gas leaks from a few cars that were thrown upsidedown.”

More from NOAA: “Scientists have long known that the appearance of the ozone hole over Antarctica in the 1980s initiated wide-ranging impacts on the climate of the Southern Hemisphere, altering the jet stream, pushing subtropical dry zones towards the South Pole and expanding the tropical rain belt into previously dry regions. But these shifting wind patterns seemed to pause around the year 2000, about the time that the Montreal Protocol, an international treaty controlling the widely used chemicals that created the ozone hole, began to take effect.  Now, a new NOAA study has concluded that declining atmospheric concentrations of once widely used ozone-depleting chemicals – including spray-can propellants and refrigerants – that has propelled the recovery of the ozone layer was indeed responsible for arresting these changing weather patterns.”

More from the Rivard Report: “As monarch butterflies make their way through Texas this spring, the migratory population heading north from winter roosts in the Mexican mountains is about 50 percent smaller than last year, the World Wildlife Fund Mexico announced. Conservationists calculate the monarch butterfly population by measuring the amount of forest occupied by the overwintering insects. Mexican officials said 11 colonies were located this season, covering 2.83 hectares, or about 7 acres. The tally represents a 53 percent decrease from last year’s count of 6.05 hectares, or about 15 acres.”