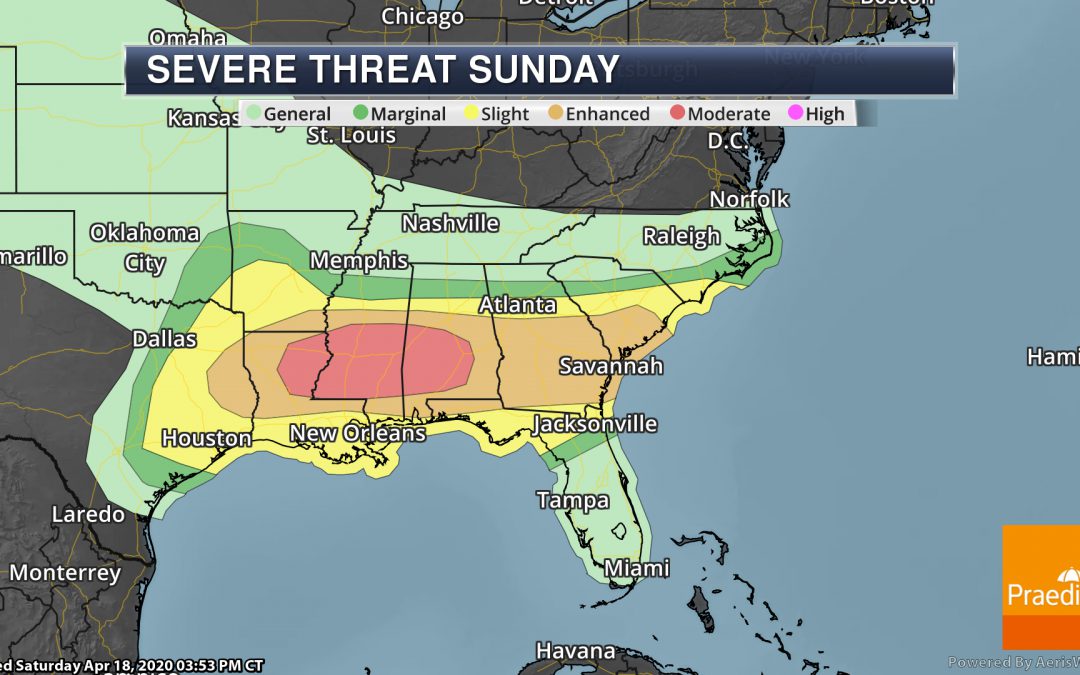 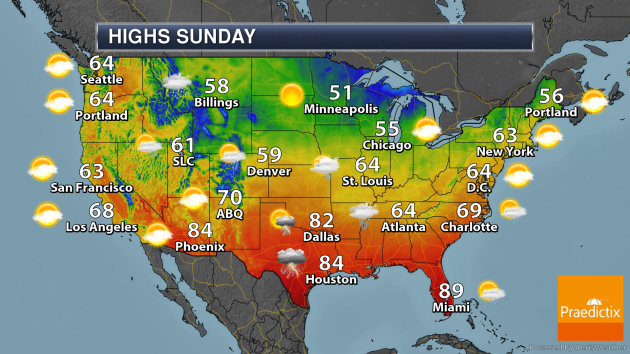 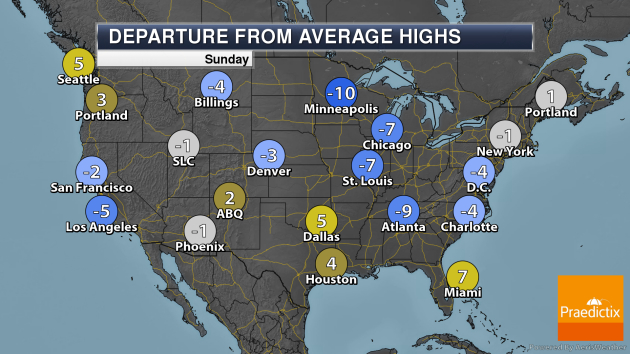 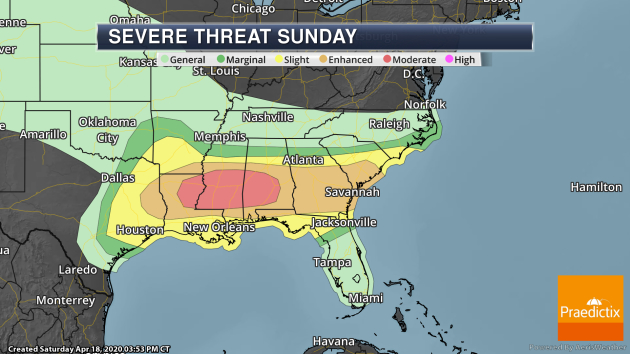 Storms across the Southeast could once again be on the strong side Sunday. There is a Moderate Risk of severe weather from northeastern Lousiana into southern Alabama (including Montgomery, AL, and Jackson, MS), with an Enhanced Risk of severe weather in place from far eastern Texas to South Carolina. Tornadoes (some of which could be strong), damaging wind gusts, and large hail will be possible. 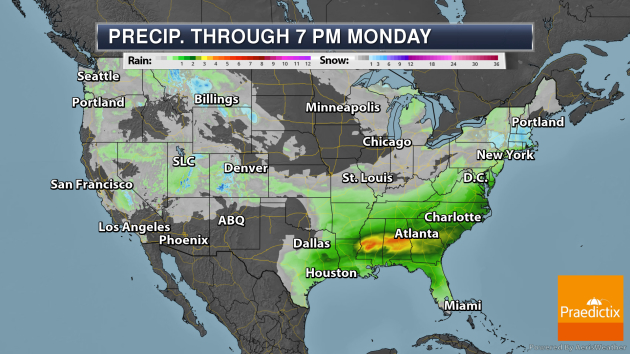 The heaviest rain over the next couple of days will be across the Southeast with storms that move through on Sunday with the potential of over 3″ in some locations. Some of the western mountain ranges could see 6-12″ of snow through Monday evening as well. 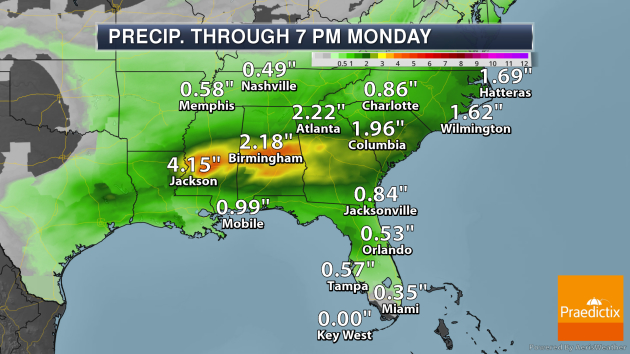 Here’s a closer look at the potential precipitation in the Southeast with those strong to severe storms to end the weekend. Areas like Atlanta, Birmingham, and Jackson will see at least 2-4″ of rain, which could lead to flash flooding. 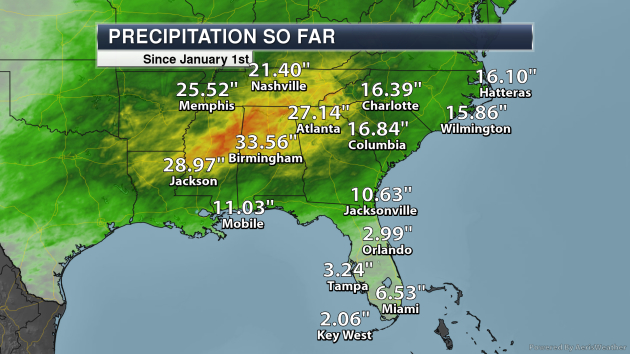 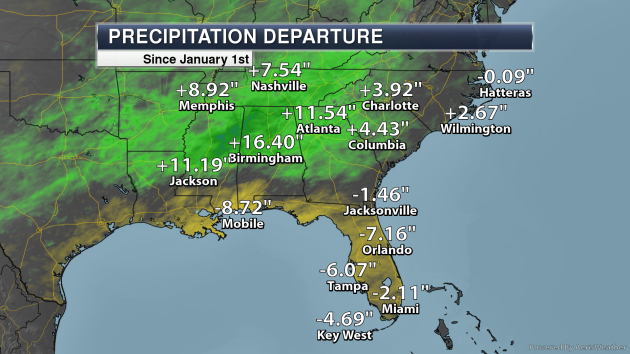 Some areas of the Southeast have already received over two feet of rain so far in 2020, so additional rain is something that they don’t necessarily need at this moment. Meanwhile, areas closer to the Gulf Coast and into Florida could use rain – areas from Tampa to Orlando to Mobile are running at least a half a foot below average through April 17th.

The West Is Facing Its Worst Megadrought in at Least 1,200 Years

More from Earther: “Nearly 1,000 years ago, a megadrought ravaged the southwestern U.S., swiftly wiping out a thriving indigenous culture and rendering once-arid land unusable. Scientists have long warned that the climate crisis may trigger another megadrought. And according to a new study, that megadrought isn’t just on its way—it’s likely already under way, and it could be worse than anything the region has ever seen. The research, published in the journal of Science on Tuesday, is based on modern weather observations, 1,200 years of tree-ring data, and dozens of climate models. It is the most up-to-date and comprehensive long-term climate analysis of the region.”

More from CNET: “Fame for a comet is a fickle thing. One week you’re shining bright, the next you find you can’t take the heat and start breaking up on the way to a fatal encounter with the sun. In March, newly discovered Comet Atlas was going through a rapid brightening phase and some astronomers were hopeful it might put on a spectacular show in the night sky as it flew closer in May. Just a few weeks later, though, it became clear that Atlas probably wasn’t going to live up to those expectations as it began to break apart. Now amateur astronomers are getting some pretty remarkable images of the space snowball coming apart at the seams.”

More from Scientific American: “Global temperatures this year are on track to be among the highest ever recorded, NOAA said after reporting that the first three months of 2020 were the planet’s second warmest in 141 years of record-keeping. The average global land and ocean surface temperature from January through March was 2.07 degrees Fahrenheit (1.15 degrees Celsius) above the average since 1880, NOAA reported. The average temperature so far this year is the second warmest ever recorded, behind only the first three months of 2016.“ The year 2020 is almost certain to rank among the five warmest years on record,” NOAA’s National Centers for Environmental Information (NCEI) said in its monthly global climate report.”