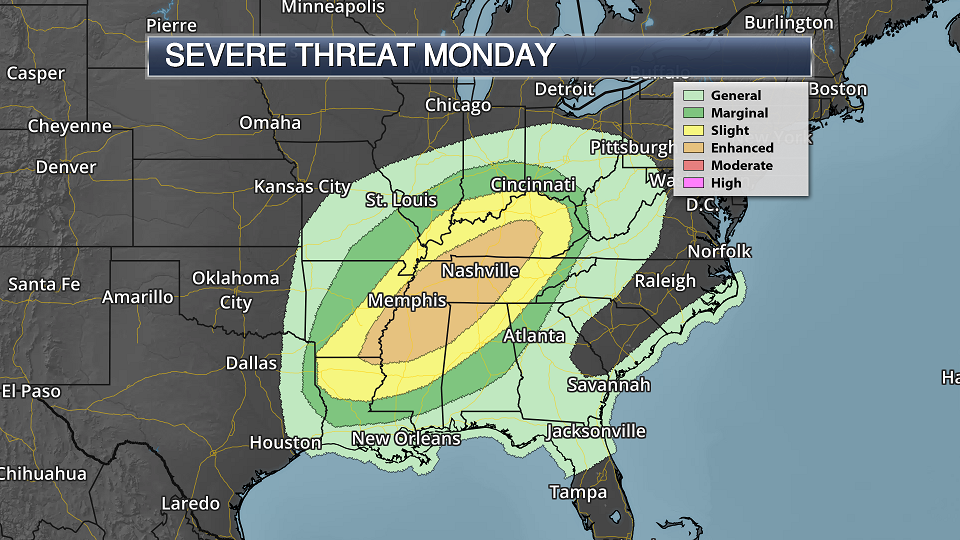 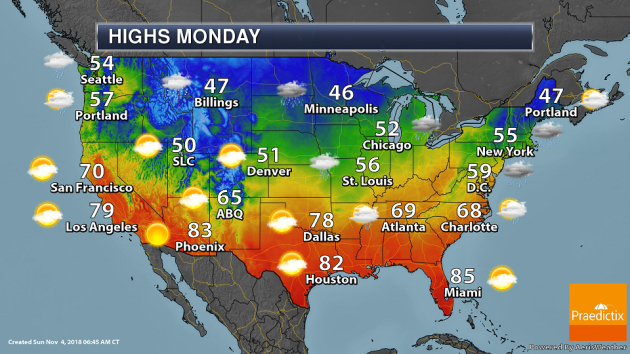 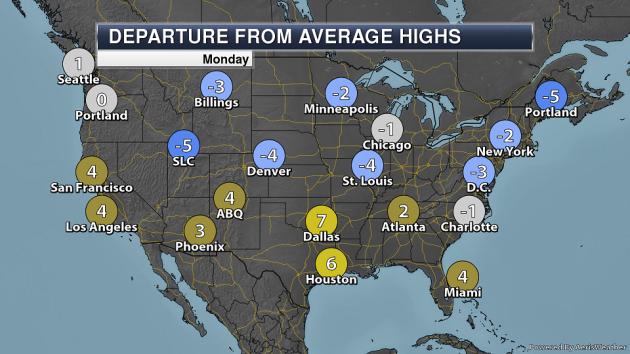 The big story Monday is going to be a system pushing through the center of the nation. This will help spark showers and storms across the central and southern Mississippi Valley into the Southeast. Some of these storms are expected to be severe. On the north side of the system, some snow and a mix of rain/snow will be possible from North Dakota into the upper Peninsula of Michigan – some of which will also be courtesy of a departing system. Snow will continue across parts of the Rockies, with rain and snow in the Pacific Northwest. A low pressure area moving up the East Coast will also bring rain to the Mid-Atlantic and Northeast. 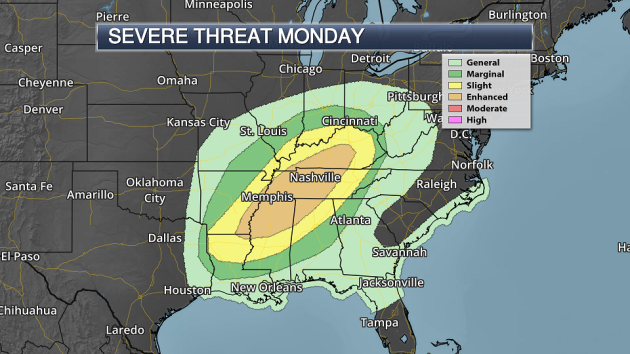 On Monday, an Enhanced Risk of severe weather stretches from Arkansas and Louisiana into Kentucky due to the potential of severe storms mainly capable of damaging winds and tornadoes. 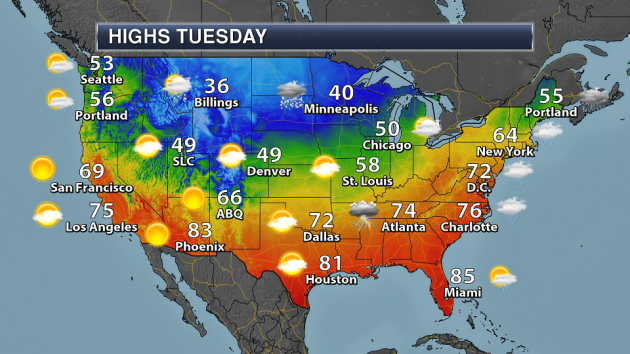 Here’s a look at the weather across the country for Election Day. Showers will be possible from the upper Midwest into the Northeast and Southeast. Some of these storms could be on the strong side across the Southeast and Mid-Atlantic. Some snow may also mix in from Minnesota into the Upper Peninsula of Michigan. Rain and snow will be possible across parts of the Northwest. 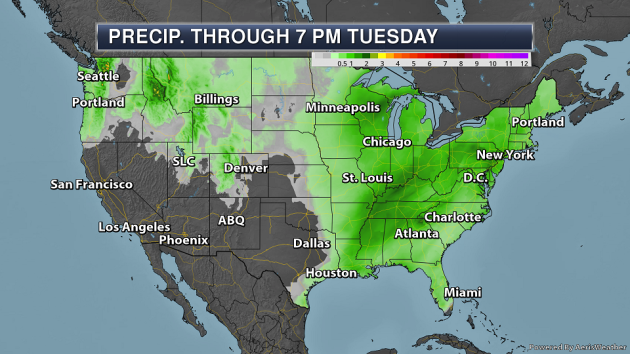 A widespread 0.5-2″+ of precipitation could fall mainly east of the Mississippi due to this system over the next couple days with the system responsible for the severe weather threats Monday and Tuesday. 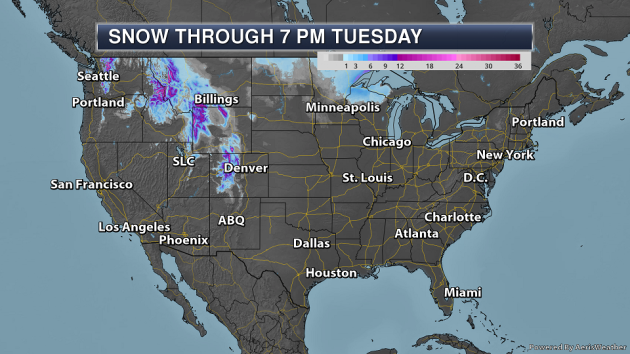 The Galactic Collision That Reshaped Our Milky Way

More from Scientific American: “Roughly 10 billion years ago the Milky Way—then a smaller galaxy that did not contain its current spiral structure or diffuse halo of surrounding stars—suffered a massive head-on collision that shook it to its very core. That is when our galaxy’s gravity pulled a smaller companion, roughly one quarter its mass, into a dangerous dance: One where the dwarf galaxy plunged into and out of the Milky Way’s disk, oscillating back and forth until it was finally swallowed whole. Although our galaxy survived, it has never been the same. The collision scrambled the orbits of stars in its disk, making it much puffier, and sent alien stars flying all around the Milky Way, thus building much of its halo. The smash up also funneled new gas toward the galactic center, adding fuel that mixed and mingled with the Milky Way’s existing reservoirs to form new generations of stars. Over time the dwarf galaxy faded away, but the scars from its collision never really disappeared—not that they have been easy to find. Astronomers, who have long thought the Milky Way likely grew from a vast number of merging dwarf galaxies, have struggled to uncover the signs of the largest mergers—until today. Now a new paper published in Nature provides proof—or something close to it. “It’s like uncovering a fossil or an archaeological piece of evidence for how the galaxy got started,” says James Bullock, an astronomer at the University of California, Irvine, who is unaffiliated with the new research.”

Climate Change Is on the Ballot

More from the New York Times: “But when you think about how to cast your ballot, don’t just focus on candidates running for the House and the Senate. Take a careful look at candidates running for state and local offices. Statewide ballot initiatives and under-the-radar local races could actually have the most immediate impact on climate change and clean energy policy, our colleague Coral Davenport reports. The power of state officials can be seen in California. By 2016, the last year for which figures are available, the state had reduced its greenhouse gas emissions to levels slightly below its 1990 totals, according to data from the California Air Resources Board. Those gains were primarily because of efforts at the state and local levels, like heavy investments in renewable energies. Even closer to home, local and county elections can also affect emissions through building codes and transit planning.”

More from the Arizona Capital Times: “Gov. Doug Ducey is all in on Arizona efforts to stabilize water levels in Lake Mead. The governor and his staff are playing an integral role in bringing Arizona water interests together to reach an internal state agreement on the drought-contingency plan. The Governor’s Office’s heavy involvement in the process comes after Ducey had high aspirations of making strides on water policy during the 2018 legislative session, but his push for far-reaching water reform quickly dried up. As he campaigns for a second, four-year term, Ducey has committed to completing a drought-contingency plan to leave more water in the Colorado River in order to conserve water levels on Lake Mead. The drought planning comes as the federal Bureau of Reclamation predicts a shortage could happen on the lake as soon as 2020.”