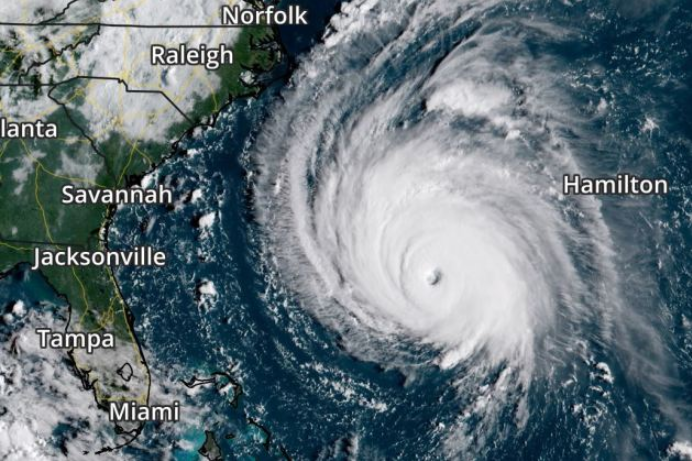 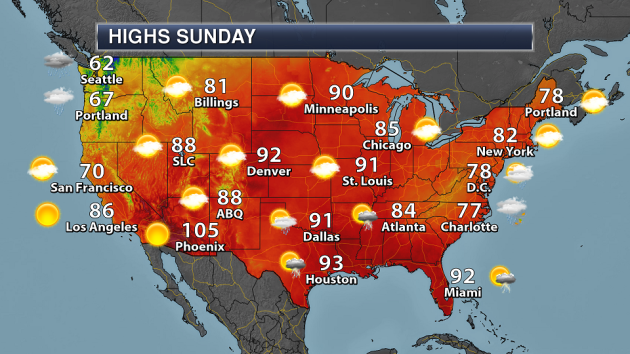 On Sunday, Florence will continue to produce heavy rain across portions of the Mid-Atlantic states. An area of low pressure will produce some showers and storms across Texas and Oklahoma. Meanwhile a cold front moving into the Pacific Northwest will produce showers and some mountain snow. 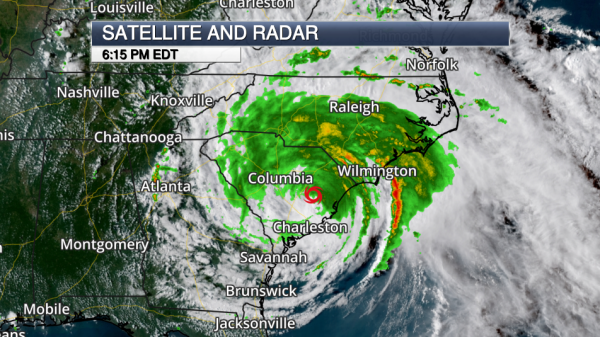 Tropical Storm Florence 5 PM Update. Florence continues its snail-paced journey through the Carolinas, which is the key factor in why this has been such a devastating storm. The center of the storm is located over eastern South Carolina. The lack of movement has resulted in a torrent of rain and catastrophic flooding, which will continue into Sunday. Now that the core of the storm is over land, the structure will begin to weaken significantly though has held itself together steadily throughout the day–this will change tomorrow. We’re still seeing impressive feeder bands lashing North Carolina with heavy bursts of rain. These bands have been feeding into the same locations repeatedly. These bands should weaken significantly tomorrow, but downpours are still expected to continue. Florence is currently a Tropical Storm with maximum sustained winds of 45 mph. 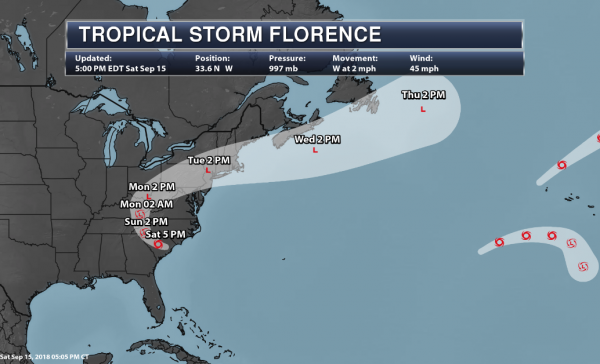 Florence’s Track. Florence is still moving incredibly slowly at just 2 mph. This is less than average walking speed. A slow westward trend continues with Florence with a gradual west-northwestward turn expected. As a ridge of high pressure shifts eastward in the northeast U.S. and weaken, we’ll finally see Florence turning northward and picking up speed. Continued weakening is expected with a downgrade to a tropical depression anticipated by tomorrow. Sunday night into Monday, Florence will track up the I-75 corridor into eastern Kentucky with a northeast turn expected into the Northeastern U.S into Tuesday. By this point, Florence will be considered an extratropical system. 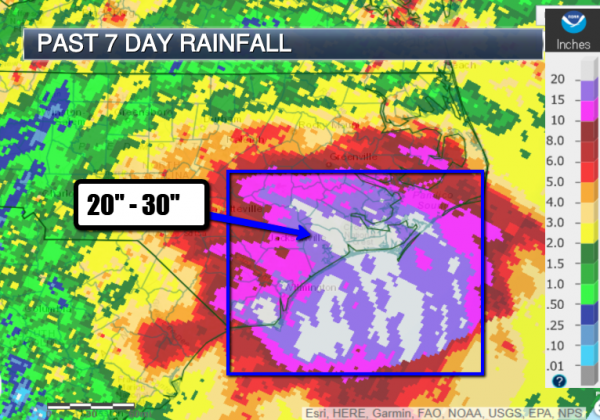 Over 2 Feet of Rain in North Carolina and Counting. The most severe part of the storm has been the torrential rain it has dumped so far. We expected this to be a high-impact flood event and that certainly has been the case. Hundreds of water rescues have been performed. The amounts of rainfall are astounding. Here are the latest preliminary numbers so far:

If the Swansboro report of over 30″ verifies, this would break the tropical cyclone rain record for North Carolina set in 1999 by Hurricane Floyd (24.06″).

More from Fox 31 Denver: “There’s something wrong with the stunning panorama at Colorado’s largest waterway. Blue Mesa Reservoir is dehydrating by the day with a 4- to 6-inch drop every 24 hours. “You can see the high-water mark, it’s very apparent after 52, 53 years of Blue Mesa being full,” said Brant Porter, supervisory park ranger at Curecanti National Recreation Area. They call the now-barren shore surrounding the reservoir the “bathtub ring,” and it’s expanding. Blue Mesa Reservoir is barely a third full.”

Solar Broke Records All Over Europe This Summer

More from Green Tech Media: “This year saw new solar output highs across Europe as summer temperature records were smashed. In the U.K., solar broke the record for weekly output between June 21 and June 28, producing 533 gigawatt-hours of energy. The spike in output led solar to take over from gas as the number-one energy source in the country, said the European PV industry body SolarPower Europe. In July, solar also reached a new high in Germany, with a record 6.17 terawatt-hours of production, SolarPower Europe said. Further north, Denmark registered 361 hours of sunshine in May. This led to an increase of 33 percent in solar electricity production, smashing previous records.”

More from Environmental Health News: “Shell Pipeline Company has identified 25 locations that are prone to landslides in or near the route of its proposed Falcon Ethane Pipeline through Pennsylvania, Ohio, and West Virginia. Fourteen of those locations are in Southwestern Pennsylvania. The Falcon Pipeline is just one piece of a massive network of unconventional oil and gas-related infrastructure being built by Shell and its affiliates and business partners in Pennsylvania with the aim of turning the region into a new petrochemical hub. The development has elicited concern from researchers, residents and environmental groups about the increased risk of explosions and spills, as well as the cumulative impact on air and water quality in the region.”