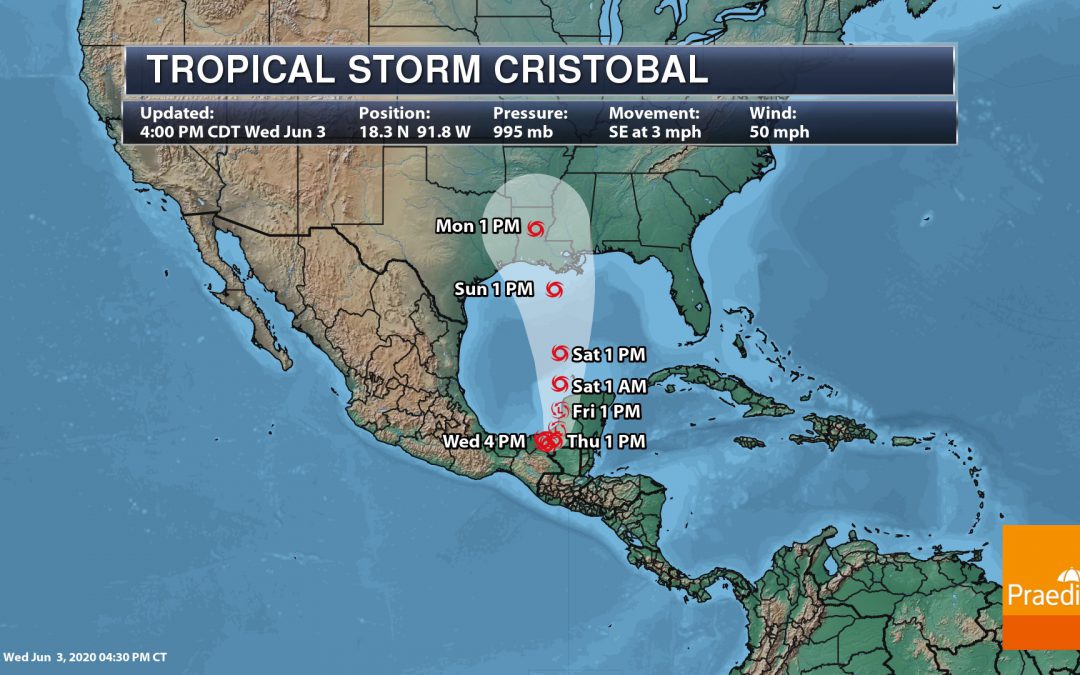 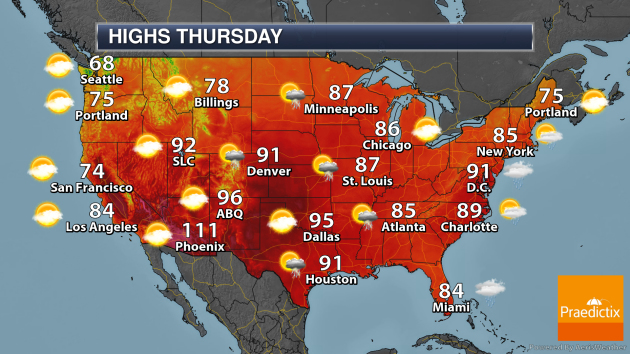 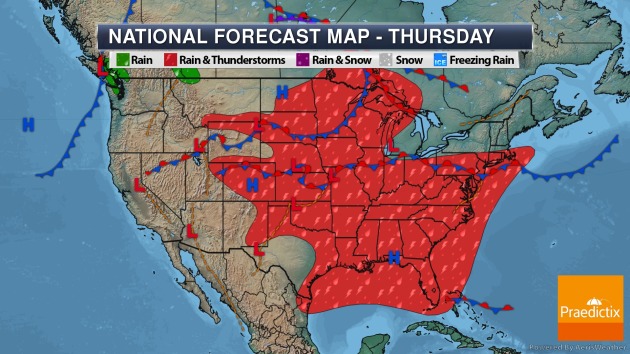 On Thursday, we’ll watch the chance for some scattered showers and thunderstorms in several areas from the Rockies eastward, with some of the best chances of rain occurring across portions of Florida and the Mid-Atlantic. Excessive heat will continue in the Southwest, where a high of 111F is expected in Phoenix, and 119F is possible for Death Valley. 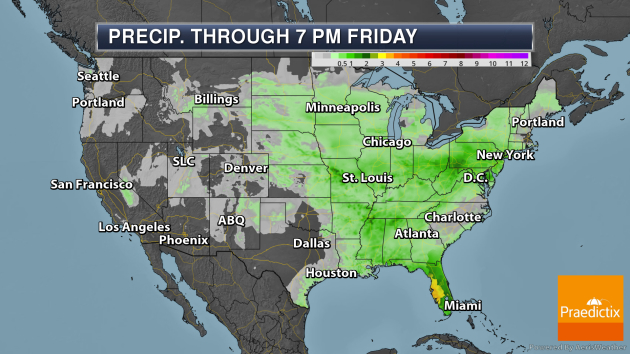 Some of the heaviest rain through 7 PM Friday will be along portions of the Gulf Coast, especially in the Florida Peninsula, where tallies of at least 3″ are possible. 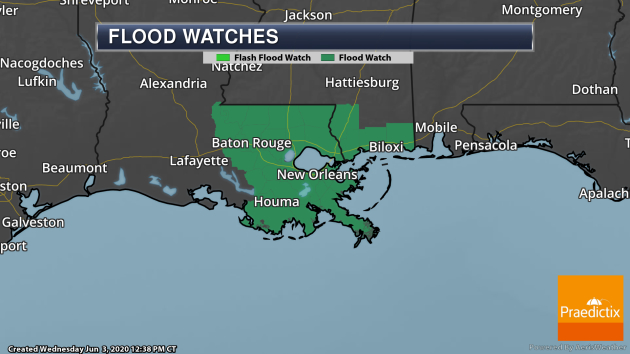 Down around New Orleans, Flood Watches are in effect through next Tuesday. The watch says that daily afternoon downpours, fueled by tropical moisture, could bring rainfall rates of 2-4″ per hour. By next Tuesday, some locations could see up to 10″ of rain, leading to flooding. 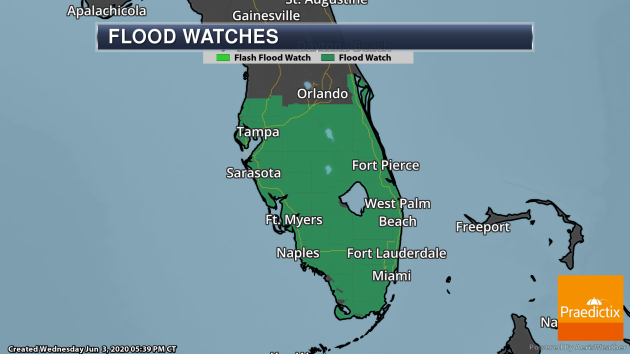 Flood Watches have also been put in place for the next several days across southern Florida (through Friday morning for the Miami area, and through Saturday afternoon for areas like Melbourne and Tampa) due to the continuing heavy rain threat. 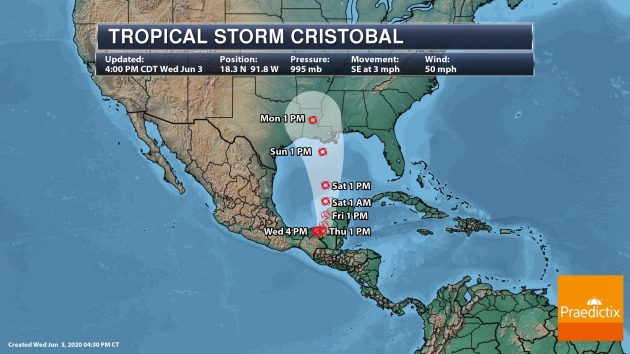 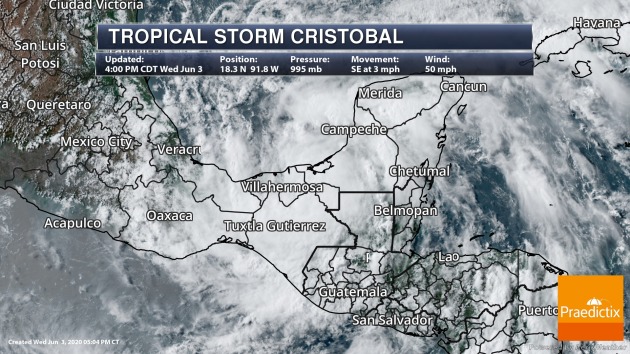 As of late Wednesday afternoon, Tropical Storm Cristobal was slowly moving inland across portions of southeastern Mexico and starting to weaken. This weakening trend will continue while Cristobal continues to remain across portions of eastern Mexico Thursday before the system starts to push back into the Gulf of Mexico on Friday. After that point the system will start to move north at a quicker pace, nearing the northern Gulf Coast late Sunday. There is still uncertainty as to the overall strength of Cristobal at a potential U.S. landfall as well as where it will occur – a lot of that will depend on how long this system remains over Mexico and what strength it emergence back into the Gulf of Mexico at.

Lidar reveals the oldest and biggest Maya structure yet found

More from Science News: “Ancient Maya society got off to a monumentally fast start around 3,000 years ago. Excavations and airborne mapping at a previously unknown site in Mexico, called Aguada Fénix, have uncovered the oldest and largest known structure built by Maya people, say archaeologist Takeshi Inomata of the University of Arizona in Tucson and his colleagues. This raised ceremonial area made of clay and earth was constructed from around 1000 B.C. to 800 B.C., the scientists report June 3 in Nature.”

Scientists say they have found the cleanest air on Earth

More from CNN: “Scientists believe they have identified the world’s cleanest air, free from particles caused by human activity, located over the Southern Ocean, which surrounds Antarctica. In a first-of-its-kind study of the bioaerosol composition of the Southern Ocean, researchers from Colorado State University identified an atmospheric region which remains unchanged by human activity.”

More from ECMWF: “A coordinated response involving EUMETNET, national meteorological services and private companies is helping to mitigate any adverse effects of the continued loss of aircraft-based observations on weather forecasts. Since March, due to the COVID-19 pandemic, there has been a sharp drop in flights and thus in the aircraft-based observations available to weather prediction centres. Fortunately, EUMETSAT, ESA and other space agencies have continued to provide complete sets of satellite observations. These remain the most important observations, and their continued availability has ensured that there is no severe impact from the loss of aircraft observations.”