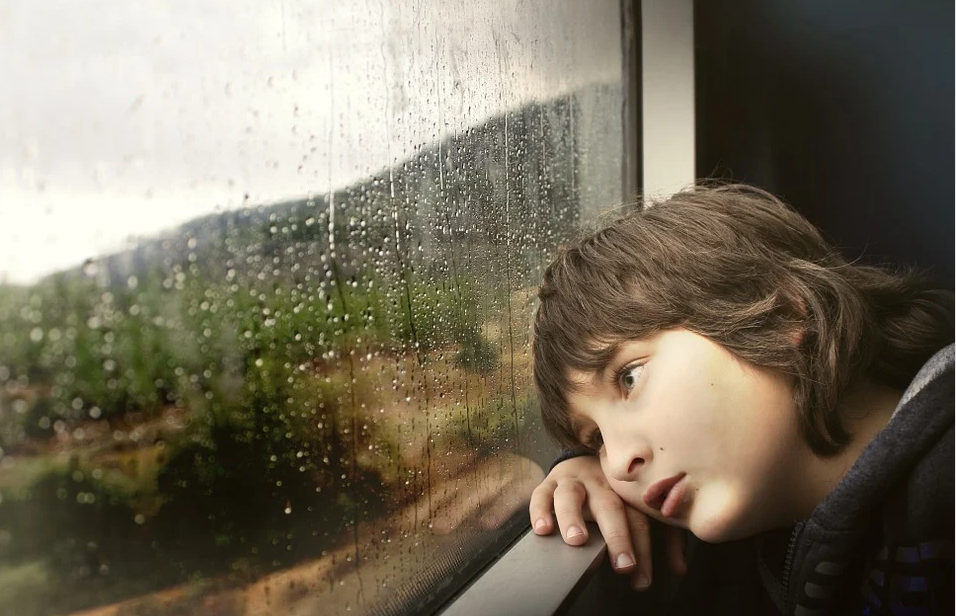 Caption and image via the Storm Prediction Center: Area affected by the July 4-5, 1999 derecho event (outlined in blue). Curved purple lines represent the approximate locations of the gust front at three-hourly intervals. “+” symbols indicate the locations of wind damage or estimated wind gusts above severe limits (58 mph or greater).
Thursday marked the 20th anniversary of the Boundary Waters derecho, which began in eastern North Dakota during the early morning hours on July 4th, 1999, passing through northern Minnesota through the morning and early afternoon hours, then it crossed across southern Canada before coming to an end the morning of July 5th in Maine. According to the Storm Prediction Center, the derecho traveled over 1,300 miles in over 22 hours. Here’s more on the damage that occurred from a write-up by NWS Duluth: “The first large swath of intense forest destruction occurred while the storm was still west and northwest of Ely, MN about noon, CDT. This first swath was approximately five miles wide and 25 miles long (Fig. 3). There was a second damage swath in the Boundary Waters Canoe Area Wilderness (BWCAW). This began after the northern part of the storm passed east of Ely and accelerated into a well-defined bow-shaped echo,  about  1230  p.m.  CDT  (1730  UTC).  Moving through a wilderness area, no wind speeds were measured. However, 478,000 acres of forest, in a swath 12 miles by 30 miles, was leveled and completely destroyed. Access to the area was blocked by tree trunks, many stripped of their bark, blown into drifts  15  to  20  feet high. Twenty people were injured, and had to be air-lifted to hospitals.“

Percentage of trees blown down in Superior National Forest in northeast Minnesota on July 4, 1999. Scale: 1″ = 15 miles. (Courtesy of USDA Forest Service, Superior National Forest)
Twenty years later, there are still impacts from the blowdown that can be found in the BWCA. More from the Duluth News Tribune: “Millions of trees bowed before the storm’s might but never recovered their posture as hurricane-force winds blew through Northeastern Minnesota. The violence was short-lived. Its effects are still felt in the forest. Twenty years ago Thursday a storm ripped a path through half a million acres of the Superior National Forest, much of it inside the Boundary Waters Canoe Area Wilderness, leaving downed trees thrown together as if by a drunken Paul Bunyan trying to set up a campfire. In some areas, that’s exactly what became of the damaged woods. Two of the state’s largest wildfires lit up areas of the forest that were affected by the 1999 blowdown, including the 76,000-acre Ham Lake fire from 2007 and a part of the 93,000-acre Pagami Creek fire in 2011. Conditions are still ripe for more fires, though the nature of the danger has shifted.“
_______________________________________________
Friday’s National Weather Forecast 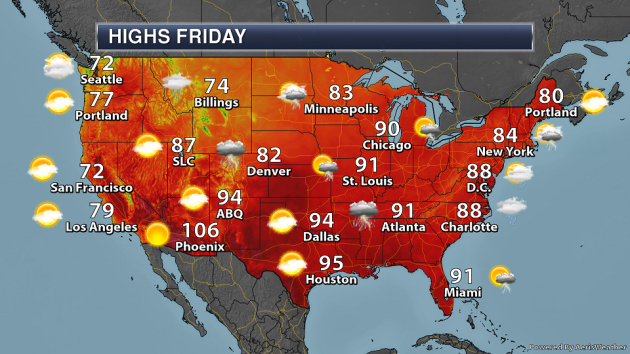 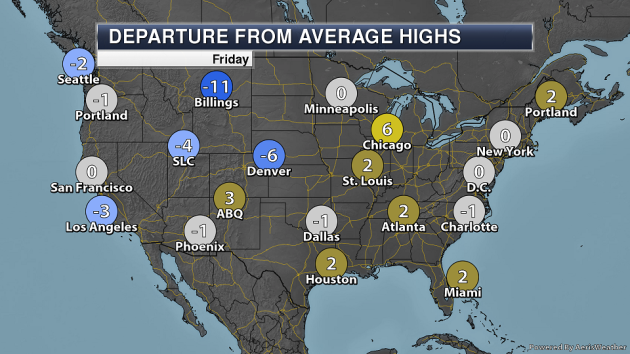 As a cold front moves south and east Friday, at least scattered showers and storms will be possible from the Rockies to the East Coast. A few of the storms could be strong from the Front Range into the western Great Lakes. Some storms will also be possible into western Texas. Highs across parts of the Northern Plains will be up to 15 degrees below average, but record highs will be possible in southern Florida. 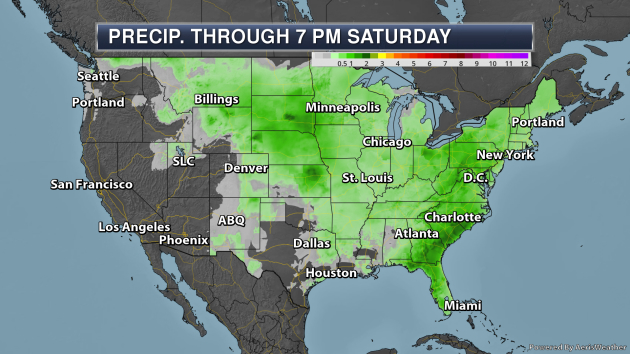 The heaviest rain through 7 PM Saturday will be across portions of the central and southeastern United States, where 1-2″ of rain could fall – hopefully not ruining anyones extended weekend in the process.
_______________________________________________
A giant heat dome over Alaska is set to threaten all-time temperature records
More from the Washington Post: “All-time heat records are at risk in Alaska in the coming days as a massive and abnormally intense area of high pressure locks in and strengthens over the region. This heat dome is expected to produce temperatures near and above the highest values ever recorded for multiple days, particularly in southern parts of the state. It’s the latest in a slew of record-shattering heat events in Alaska. Anchorage is predicted to match or best its highest-temperature ever recorded of 85 degrees (set in 1969) on five straight days between July 4 and 8. It could even flirt with 90 degrees.“
Winter monsoons became stronger during geomagnetic reversal
More from Science Daily: “New evidence suggests that high-energy particles from space known as galactic cosmic rays affect the Earth’s climate by increasing cloud cover, causing an “umbrella effect.”When galactic cosmic rays increased during the Earth’s last geomagnetic reversal transition 780,000 years ago, the umbrella effect of low-cloud cover led to high atmospheric pressure in Siberia, causing the East Asian winter monsoon to become stronger. This is evidence that galactic cosmic rays influence changes in the Earth’s climate. The findings were made by a research team led by Professor Masayuki Hyodo (Research Center for Inland Seas, Kobe University) and published on June 28 in the online edition of Scientific Reports.“
The World’s Second-Largest Rainforest Is Losing the Carbon It’s Held for a Thousand Years
More from Earther: “The Congo Basin is the second-largest rainforest on Earth, and like most tropical forests, it’s getting chewed up by humans. That’s a problem for the climate, and not just because trees are a natural sponge helping to mop up humanity’s ever-rising carbon emissions. New research suggests that as trees are replaced with fields for agriculture, carbon that’s been locked up in the Congo’s soils for hundreds to thousands of years is starting to seep out.Soils hold a tremendous amount of carbon—more than the atmosphere and living vegetation combined. About a third of that carbon resides in soils in the tropics, areas that are undergoing profound changes due to population growth, industry, and agriculture. As the trees are lost, scientists are wondering what’ll become of all the partly decomposed organic stuff locked away beneath them.“