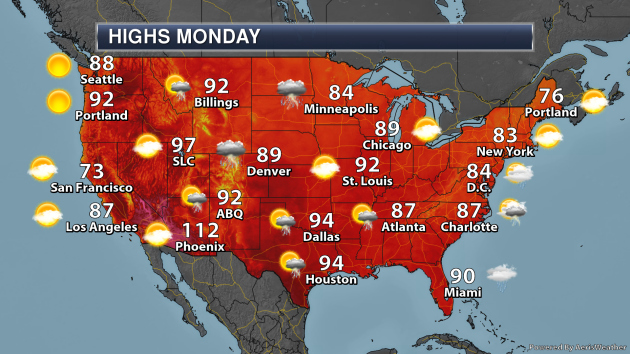 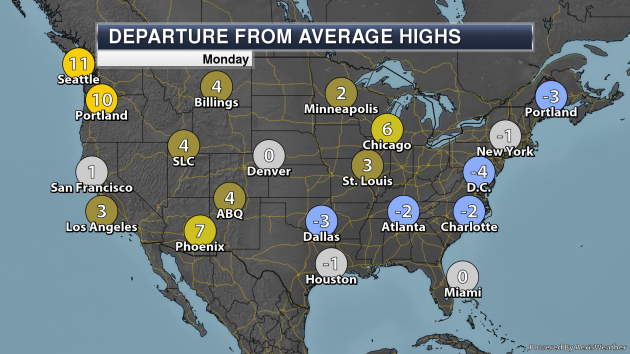 On Monday, a cold front moving through the upper Midwest will spark off storms at times through the day. Some showers and storms will be possible from the Mid-Atlantic to the northern Gulf Coast, with a round of afternoon storms possible across the Rockies. The heat will be on in the western United States, with highs in the upper 80s and low 90s for Seattle and Portland, and reaching into the low 110s in Phoenix. 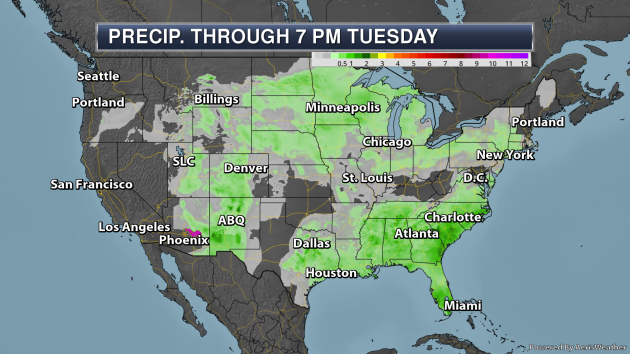 Through Tuesday evening, some of the heaviest rain will fall across portions of the Southeastern United States, with the potential of over 2″ of rain in portions of southern Florida.

Tracking Flossie In The Pacific 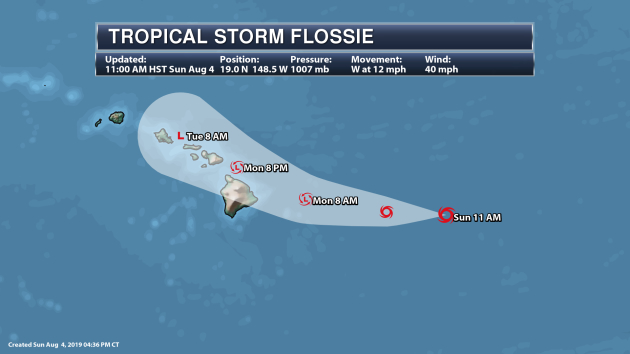 Flossie continued to move closer to Hawaii as we went through the weekend. While it is weakening, it could bring some tropical storm impacts Monday across the state before the system dissipates late Monday or early Tuesday just north of the state.

More from WPR: “O’Connor said an October storm two years ago completely transformed the shoreline. Water washed up on the bank, undercutting it. At one time, he and his wife could walk all up and down the shore. Now, there’s little or no beach and trees angle toward the water. O’Connor said they cut some down about two months ago to keep them from tearing away the hillside. … If erosion continues to creep closer, O’Connor said they may have to move his grandfather’s cabin back several hundred feet from the shore. There’s not much else he can do. He’s considered spending tens of thousands of dollars on rip rap to reinforce the shoreline.”

More from NPR: “Tammy Waller thought she was one of the lucky ones after her home in Magalia survived California’s most destructive wildfire ever, but her community remains a ghostly skeleton of its former self. Hazmat crews are still clearing properties, and giant dump trucks haul away toxic debris. Signs on the water fountains in the town hall say, “Don’t drink.” Waller remembers the day she came back home after the Camp Fire. “When I first walked in, I went to my kitchen sink and turned on the water, and it was just literally black,” Waller says. After the fire, scientists detected dangerous levels of cancer-causing benzenes from burned plastics in some water lines. Recent tests show the problem has not gone away. Chronic exposure to benzenes can heighten the risk of blood cancers such as leukemia.”

Artificial snow could save world’s coasts

More from Climate News Network: “German scientists have proposed a startling new way of slowing sea level rise and saving New York, Shanghai, Amsterdam and Miami from 3.3 metres of ocean flooding − by using artificial snow. They suggest the rising seas could be halted by turning West Antarctica, one of the last undisturbed places on Earth, into an industrial snow complex, complete with a sophisticated distribution system. An estimated 12,000 high-performance wind turbines could be used to generate the 145 Gigawatts of power (one Gigawatt supplies the energy for about 750,000 US homes) needed to lift Antarctic ocean water to heights of, on average, 640 metres, heat it, desalinate it and then spray it over 52,000 square kilometres of the West Antarctic ice sheet in the form of artificial snow, at the rate of several hundred billion tonnes a year, for decades.”