Heat Builds In The Southwest To End May – National Weather For Sunday, May 24, 2020 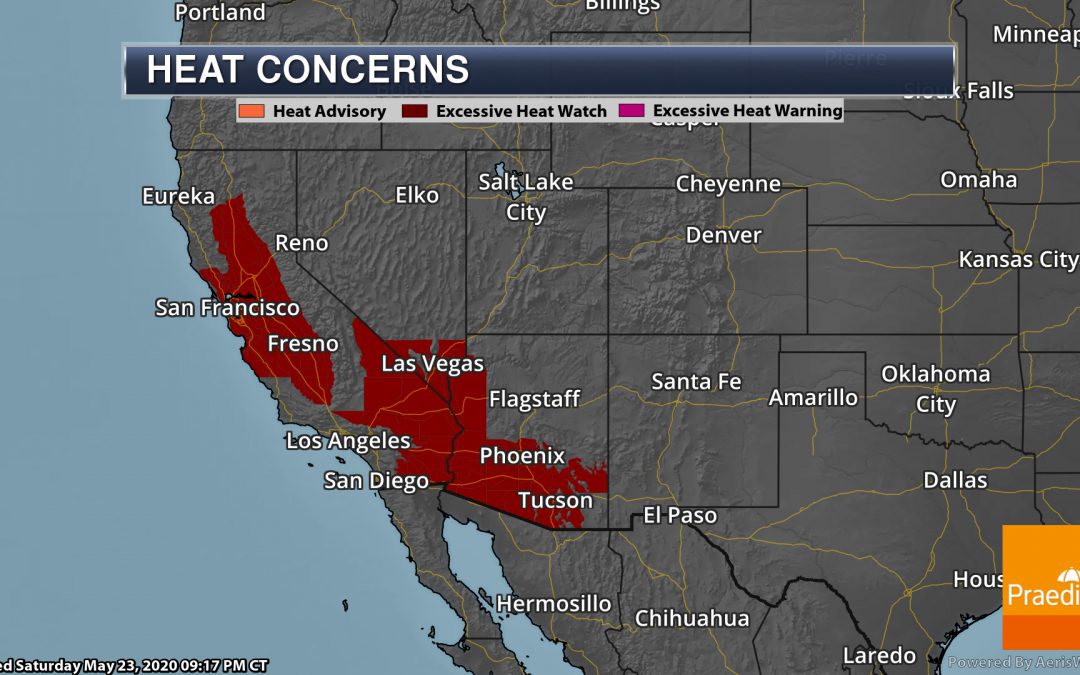 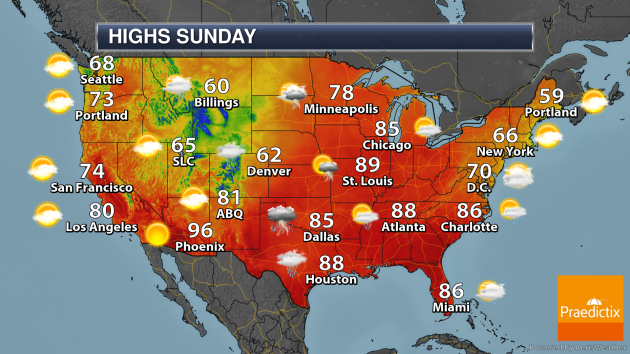 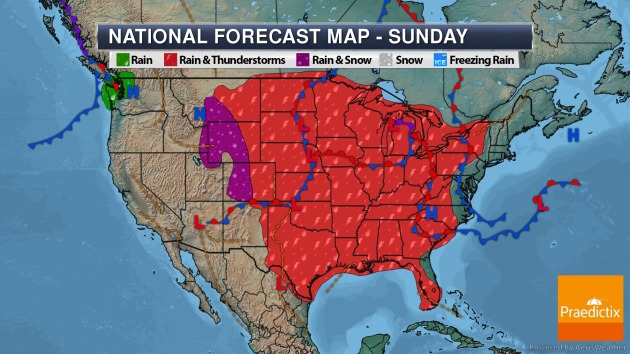 On Sunday, showers and storms will be possible across a good portion of the central and eastern United States with several low-pressure areas in play. However, big cities such as Boston, New York City, and Washington D.C. should remain dry. A few rain/snow showers will be possible in the northern and central Rockies, with a few rain showers in the Pacific Northwest with a cold front nearby. 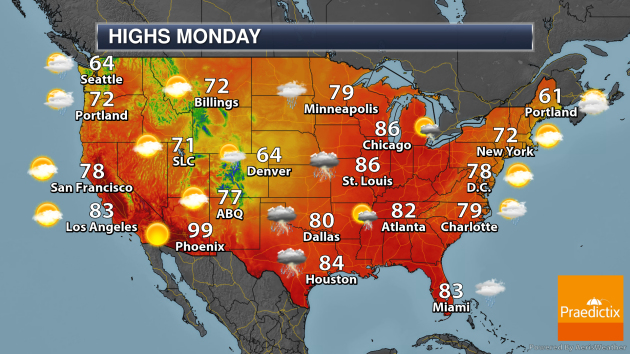 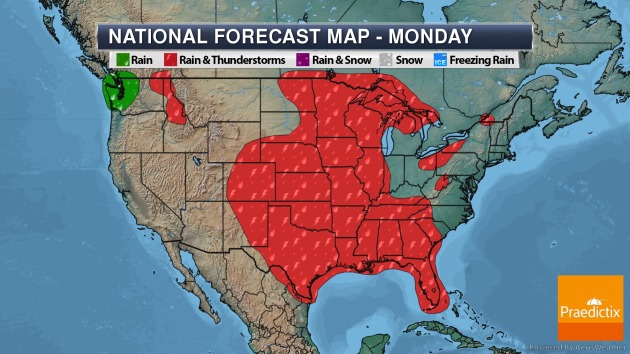 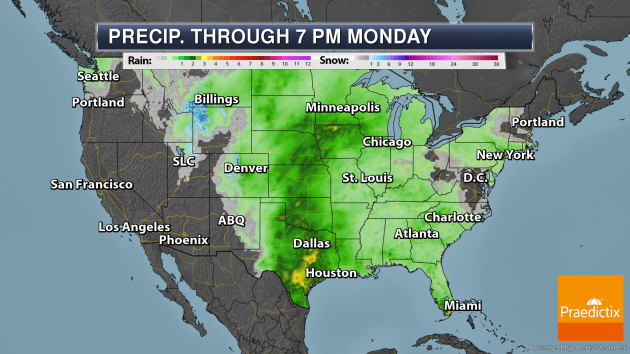 A swath of 2-4″ of rain will be possible through Memorial Day across central portions of the nation. Snow is still falling in portions of the west, with several inches possible in the Northern Rockies. 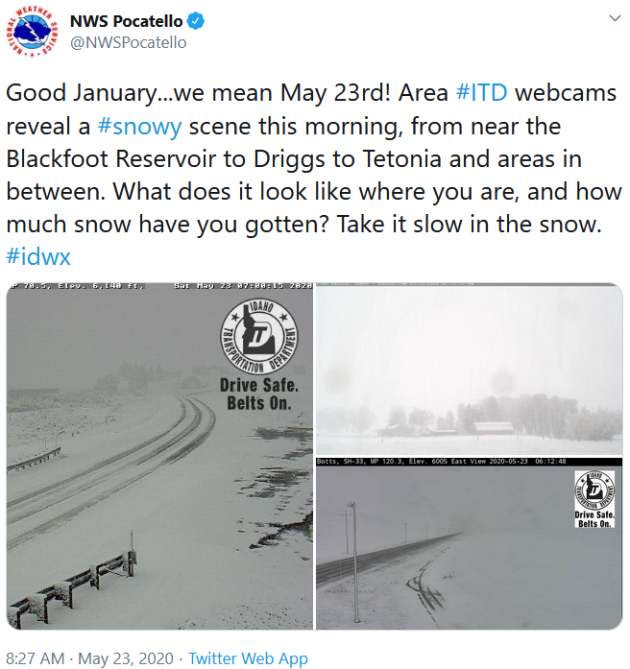 Geeze… it feels like 2020 just keeps kicking us. Snow has been falling Saturday out in the Northern Rockies, with 8″ of snow reported near Wayan, ID, and 4.3″ near Goshen, ID.

Heat Builds In The Southwest 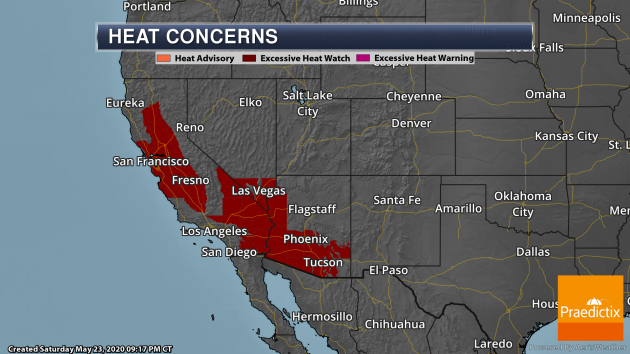 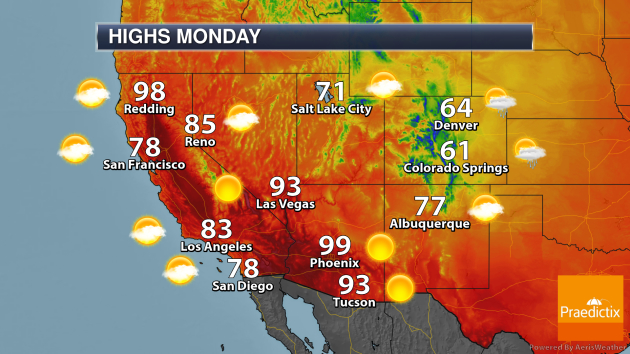 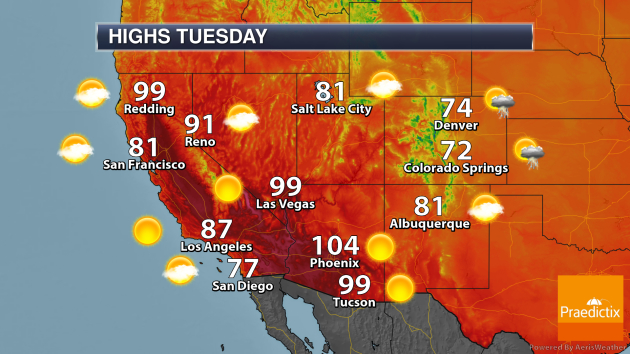 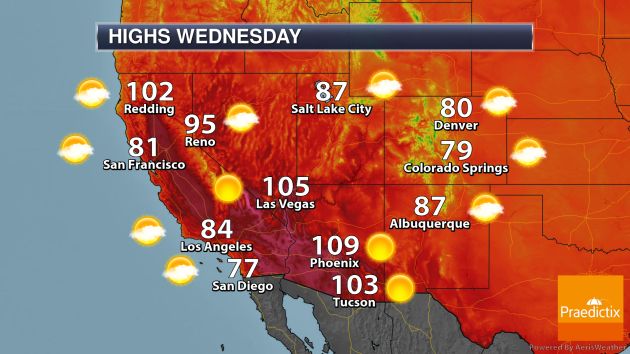 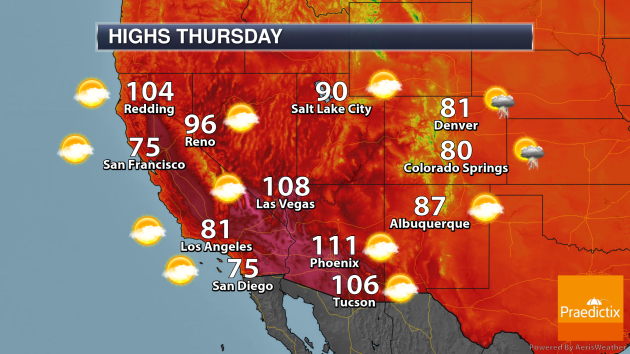 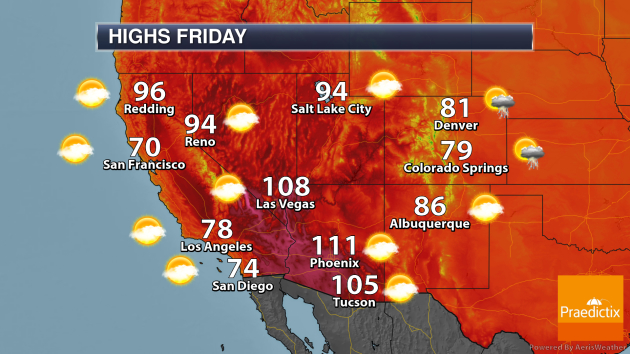 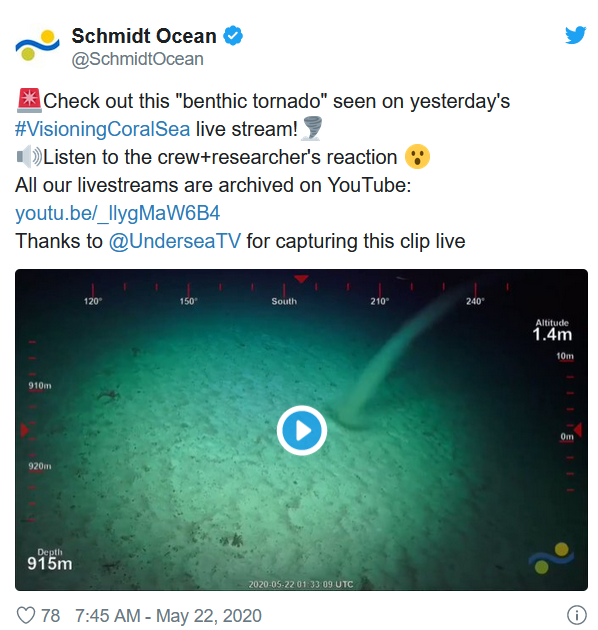 More from CNET: “Here’s the weather forecast for the Coral Sea Marine Park seafloor off the coast of Australia: wet with a chance of tornadoes. Researchers following a Schmidt Ocean Institute ROV (remotely operated vehicle) dive near Queensland spotted a wild event when a tornado-like formation appeared on camera during a livestream on Thursday.”

More from Northwestern University: “Winter may be behind us, but do you remember the challenge of waking up on those cold, dark days? Temperature affects the behavior of nearly all living creatures, but there is still much to learn about the link between sensory neurons and neurons controlling the sleep-wake cycle. Northwestern University neurobiologists have uncovered a clue to what’s behind this behavior. In a study of the fruit fly, the researchers have identified a “thermometer” circuit that relays information about external cold temperature from the fly antenna to the higher brain. They show how, through this circuit, seasonally cold and dark conditions can inhibit neurons within the fly brain that promote activity and wakefulness, particularly in the morning.” 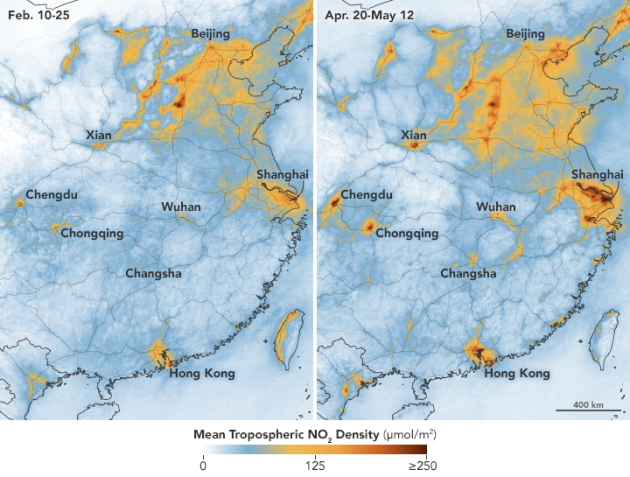 More from NASA: “In early February 2020, scientists using NASA and European satellites detected a significant reduction in a key air pollutant over China after the country shut down transportation and much of its economy. Three months later, with most coronavirus (COVID-19) lockdowns ending in China and economic activity resuming, the levels of nitrogen dioxide over the country have returned to near normal for this time of year. Scientists expected this rebound.”